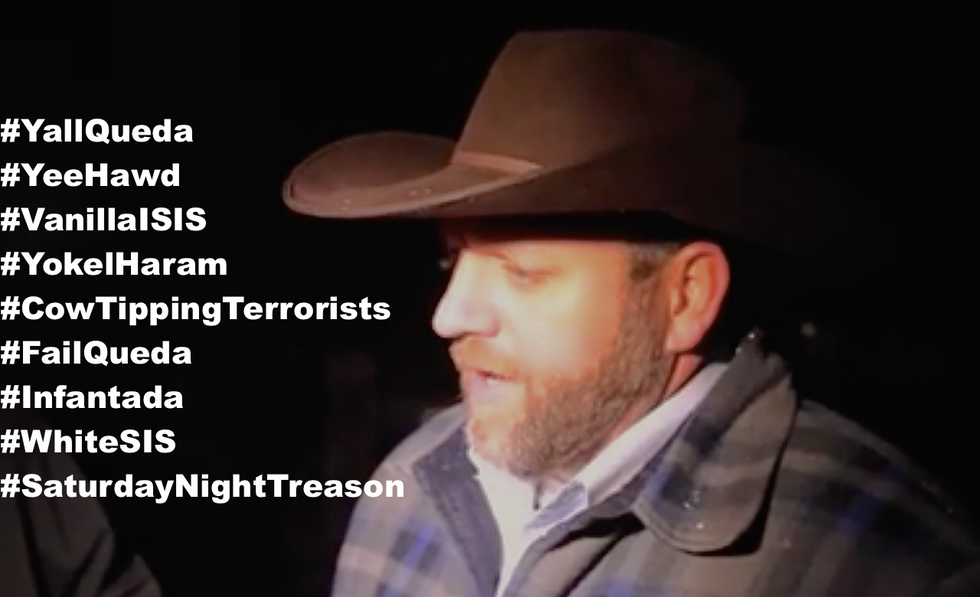 While the siege of wildlife refuges in Oregon by right-wing militiamen and various gun-happy Bundy family hangers-on is a grave development that will undoubtedly end badly, Twitter users have responded to the terrorist action with their usual blistering -- but hilarious -- gallows humor.

Let's be clear: If Muslims had seized a federal building, they'd all be dead by now. #whiteprivilege #OregonUnderAttack
— Cenk Uygur (@Cenk Uygur) 1451858533.0