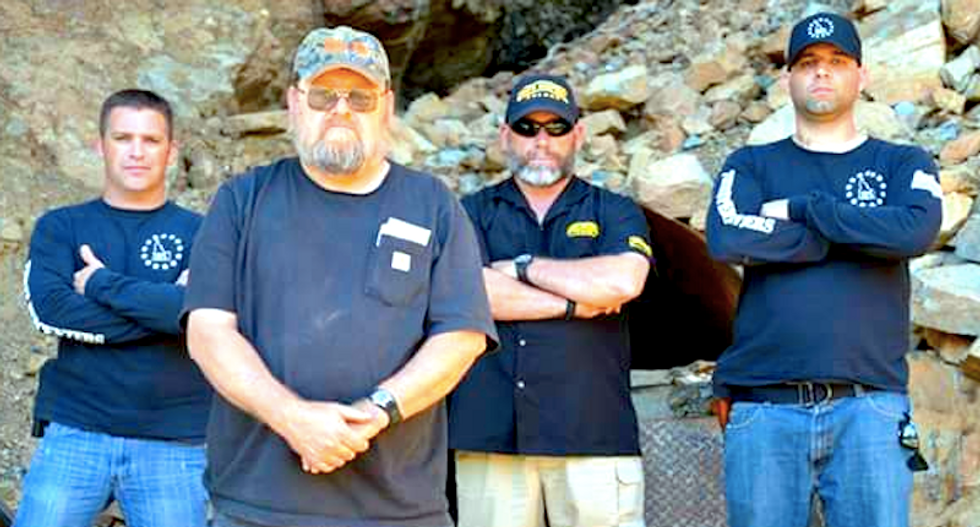 The daughter of a militia member was shot and wounded Sunday after a local meeting of the III% Idaho group.

The 12-year-old girl, whose name was not released, was taken by helicopter to a hospital for treatment after the shooting at the Rupert Gun Range, reported the Twin Falls Times-News.

Her mother said the girl was in stable condition Monday morning, and the shooting remains under investigation.

It's not clear who was handling the weapon when it fired, wounding the girl.

Brandon Curtiss, the president of the state III% militia group, provided some details about the girl and the shooting in a Facebook post seeking donations for the wounded child's family.

He said militia group members wanted to take target practice after a county meeting of the militia group -- which was involved in last month's armed occupation of the Malheur National Wildlife Refuge.

Curtiss said a militia member's gun accidentally fired while clearing the weapon, and the bullet struck a metal table beneath a shelter and ricocheted.

The bullet struck the girl, who is the daughter of a militia group member, in the stomach and then exited her side.

"It sounds as if she is going to be ok, she was able to tell (her father) she loved him as they were loading her into the helicopter," Curtiss said.

He urged group members to contribute to the III% Idaho group's PayPal account and specify that their donations were intended for the girl's family.

A supporter of the group offered her prayers and said the shooting was "a reminder to watch your barrel discipline!"

The III% Idaho group took part in the 2014 armed standoff at the Bundy ranch in Nevada, but Oregon militant leader Ammon Bundy rejected an offer for assistance from Curtiss after group members tried to provide security at the nature preserve occupation.

Curtiss, who is also the head of the Pacific Patriots Network of militia groups, has issued calls for additional armed action in Oregon and elsewhere after the arrests of Bundy and other militants involved in the occupation.

The III% movement was co-founded by pro-gun, anti-government activist Mike Vanderboegh, who promotes the idea that the Second Amendment allows unsatisfactory election results to be overturned by armed revolt.

The group’s name refers to the apocryphal belief that only 3 percent of colonists participated in the American Revolution, and group members take pains to describe themselves as a mainstream conservative group — although their rhetoric frequently overlaps with other far-right “patriot” groups and even white supremacist groups.

Edit: This article initially reported the gun owner was cleaning his weapon when it fired, rather than clearing it.