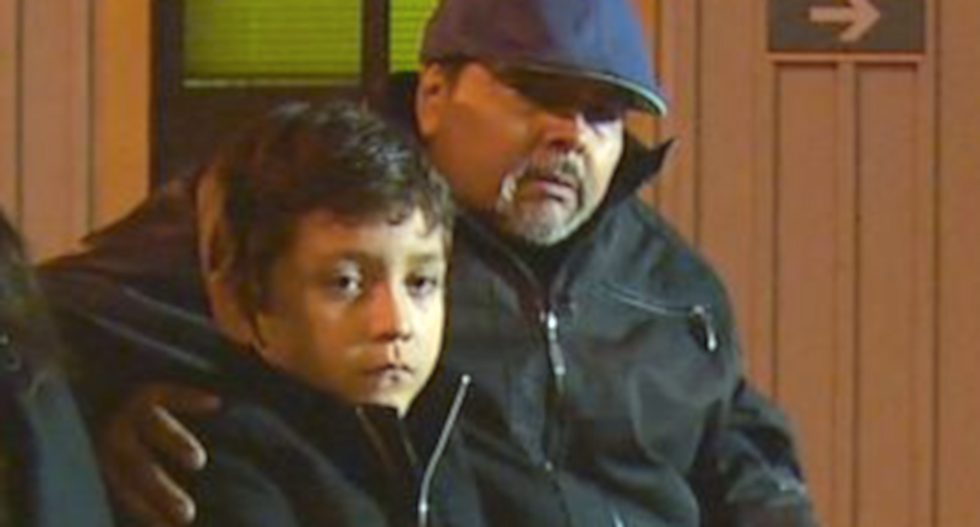 A 7-year-old Arizona boy was forced to leave a flight home from Washington due to an allergic reaction as passengers applauded.

Giovanni Alvarado had boarded the Allegiant flight from Bellingham to Phoenix when he suffered an allergic reaction to at least one dog on board, reported KING-TV.

The boy began itching and developed hives, and his parents asked for help.

"He started to get hives, so we informed the flight attendant who informed us that there's dogs on every flight and just smirked, which minimized his experience for me," said his mother Christina Fabian.

It's not clear whether the dogs on board were service animals or pets.

The allergic reaction delayed takeoff, and the flight crew then told the family they would have to get off the plane so it could depart.

"We understood," Fabian said. "They helped us off the plane, but as we gathered our stuff the people toward the back of the plane clapped."

The boy's father, George Alvarado, is in the final stages of terminal throat cancer, and the family had gone to Washington for a final visit with his sister.

"As a dad, I was just hopeless right there," Alvarado said. "I just looked at the people clapping. I was just shaking my head, (and) I was like, 'Man, let's get out of here.'"

Allegiant has contacted the family to apologize for what happened, but Giovanni said the experience was upsetting.

"People who don't have sadness, they don't understand," the boy said. "People that do not have sadness should know ... what sadness feels like when they have somebody in the family or somebody that's sick, and they have to deal with that."