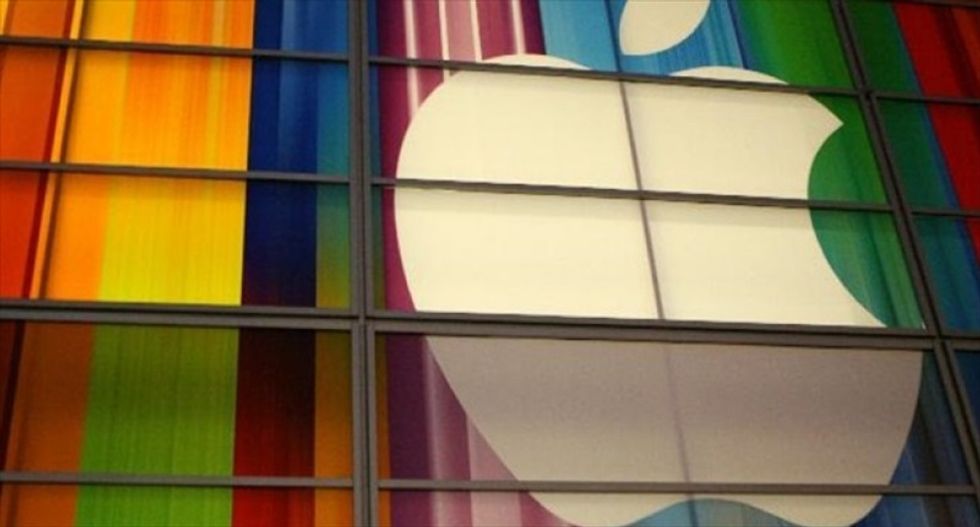 - The U.S. Department of Justice filed a motion on Friday seeking to compel Apple Inc to comply with a judge's order to unlock the encrypted iPhone belonging to one of the San Bernardino shooters, portraying the tech giant's refusal as a "marketing strategy."

In response, a senior Apple executive, speaking with reporters on condition of anonymity, characterized the Justice Department's filing as an effort to argue its case in the media before the company has a chance to respond.

The back and forth escalated a showdown between the Obama administration and Silicon Valley over security and privacy that ignited earlier this week.

The Federal Bureau of Investigation is seeking the tech company's help to access shooter Syed Rizwan Farook's phone by disabling some of its passcode protections. The company so far has pushed back and on Thursday won three extra days to respond to the order.

Another senior Apple executive said Congress is the right place for a debate over encryption, not a courtroom.

The executive said Apple was stunned that such a legal request had come from the U.S. government rather than a country with weaker traditions of protecting privacy and civil liberties.

The motion to compel Apple to comply did not carry specific penalties for the company, and the Justice Department declined to comment on what recourse it was willing to seek.

In the order, prosecutors acknowledged that the latest filing was "not legally necessary" since Apple had not yet responded to the initial order.

The clash between Apple and the Justice Department has driven straight to the heart of a long-running debate over how much law enforcement and intelligence officials should be able to monitor digital communications.

A federal court hearing in California has been scheduled for March 22 in the case, according to Thom Mrozek, a spokesman for the U.S. Attorney's Office for the Central District of California.

The Justice Department said its Friday motion was a response to Apple CEO Tim Cook's public statement Wednesday, which included a refusal to "hack our own users and undermine decades of security advancements that protect our customers."

"Rather than assist the effort to fully investigate a deadly terrorist attack ... Apple has responded by publicly repudiating that order," prosecutors wrote in the Friday filing.

"Apple’s current refusal to comply with the court’s order, despite the technical feasibility of doing so, instead appears to be based on its concern for its business model and public brand marketing strategy,” prosecutors said.

The two senior Apple executives said the company had worked hard to help investigators and tried multiple avenues including sending engineers with FBI agents to a WiFi network that would recognize the phone and begin an automatic backup if that had been enabled.

They criticized government officials who reset the Apple identification associated with the phone, which closed off the possibility of recovering information from it through that automatic cloud backup.

San Bernardino County reset the password on the iCloud account at the request of the FBI, said county spokesman David Wert.

The government first disclosed the identification change in a footnote to its filing Friday. The Apple executives said that the reset occurred before Apple was consulted. The Justice Department declined to comment on that contention.

The two sides have been on a collision course since Apple and Alphabet Inc's Google began offering default end-to-end encryption on their devices in 2014, a move prompted in part by the surveillance revelations from former National Security Agency contractor Edward Snowden.

But the Justice Department struggled to find a compelling case where encryption proved to be an insurmountable hurdle for its investigators until the Dec. 2 shooting rampage by Farook and his wife in San Bernardino, California, which killed 14. Authorities believe the couple was inspired by the Islamic State.

Some technology experts and privacy advocates backing Apple suggest Farook's work phone likely contains little data of value. They have accused the Justice Department of choreographing the case to achieve a broader goal of gaining support for legislation or a legal precedent that would force companies to crack their encryption for investigators.

The case has quickly become a topic in the U.S. presidential race. Republican frontrunner Donald Trump on Friday called for a "boycott" against Apple until the company complied with the court order.

The two Apple executives said they felt in good company, noting that Trump has faulted many other groups and individuals.

The debate will also play out on Capitol Hill. Bipartisan leaders of the U.S. House Energy and Commerce Committee late Friday invited Apple's Cook and FBI Director James Comey to testify at an upcoming hearing on encryption, though a date was not set.

The House Judiciary Committee is also planning an encryption hearing for March and has invited Apple to attend, according to a congressional source.

Does this cause cancer? How scientists determine whether a chemical is carcinogenic – sometimes with controversial results

People are exposed to numerous chemicals throughout their lifetimes. These chemicals can be from the air, foods, personal care items, household products and medications. Unfortunately, exposure to certain chemicals can cause harmful health effects, including cancer. Substances that cause cancer are called carcinogens. Familiar examples include tobacco smoke, radon, asbestos and diesel engine exhaust.

To protect the health of the public, national and international health agencies evaluate many new and existing chemicals to determine if they are likely to be carcinogens in a process called cancer hazard identification. If agencies judge the chemicals to be carcinogenic, they conduct further assessments to determine the level of risk, and legislators may put regulations in place to limit, or completely halt, the production and use of these chemicals.