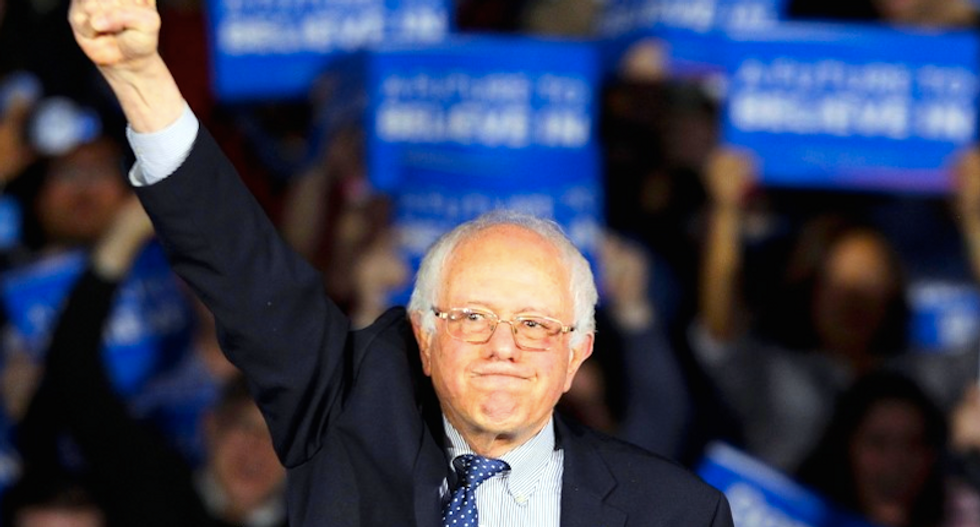 The Iowa caucuses have a long history of upending the conventional wisdom and Monday night was no exception.

The biggest surprises came on the Republican side. The final polls over the weekend predicted victory for Donald Trump and showed Ted Cruz losing support in Iowa.

But that’s not what happened. Cruz won the GOP caucuses with 28% of the vote, followed by Trump with 24%, Marco Rubio with 23%, and Ben Carson with 9%.

Meanwhile, in the Democratic caucuses, Hillary Clinton and Bernie Sanders finished in what was essentially a tie.

So what does it all mean?

1. Sanders is a serious threat to Clinton

When the night ended, less than 1% of the vote separated Clinton from Sanders.

By any measure, the exceedingly close outcome is a big victory for the Vermont senator. Last summer Sanders appeared to have no chance in Iowa. Clinton possessed a huge polling lead, a massive campaign war chest, and a monopoly on key endorsements. In contrast, Sanders looked like a fringe candidate.

That is certainly not true today. Sanders has proved to be an exceptionally effective campaigner, particularly with liberal voters. By unapologetically promoting universal healthcare, tax hikes for the wealthy, and strict regulation of Wall Street, Sanders is running as the most forthrightly liberal presidential candidate since Walter Mondale in 1984.

The Sanders strategy worked like a charm in Iowa. He tapped into a populist mood that is spreading like wildfire within the Democratic Party.

If Clinton made one critical mistake in Iowa, it was her ill-conceived decision to leave the state last week to attend a campaign fundraiser in Philadelphia. A prominent financial services firm hosted the event, which only gave more ammunition to Sanders' accusation that Clinton is too close to Wall Street.

On the heels of his strong showing in Iowa, Sanders heads to New Hampshire with momentum and a big lead in Granite State polls. Hillary Clinton has got a real fight on her hands now.

2. Ted Cruz proved he can take a punch 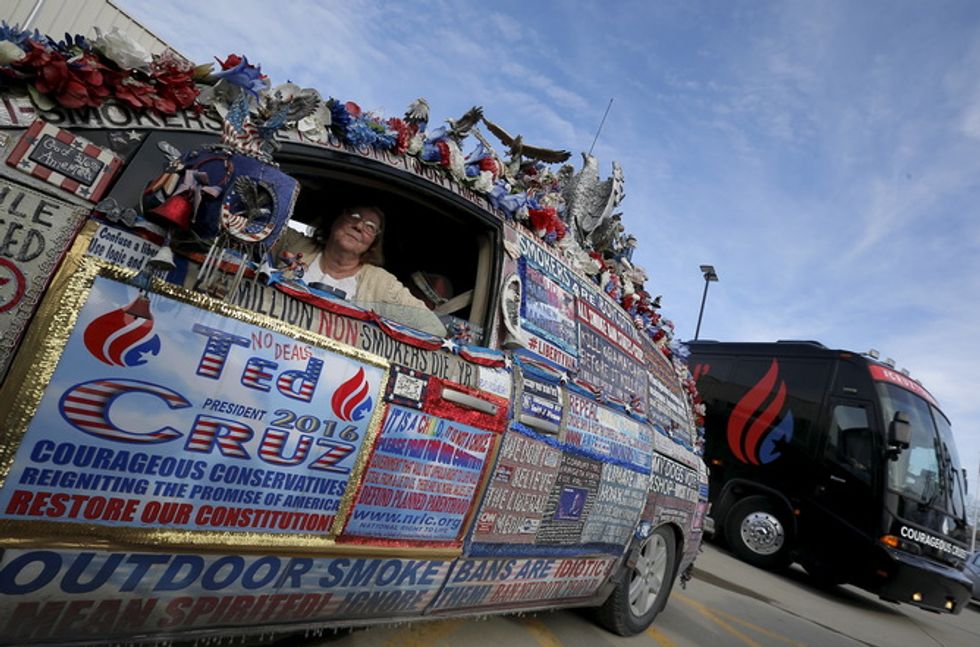 Ted Cruz’s first-place finish in Iowa would be noteworthy under any circumstances, but it’s particularly impressive considering what a tough month he has had.

Not a single Senate colleague endorsed Cruz’s campaign, a fact underscored by former senator Bob Dole’s declaration that no-one liked Cruz. Trump added fuel to the fire when he repeatedly challenged the Canadian-born Cruz’s eligibility to serve as president. Tea Party favorite Sarah Palin piled on by endorsing Trump. Most remarkable of all, the Republican governor of Iowa angrily condemned the Texas senator’s opposition to ethanol subsidies and even called on Iowans to vote for anybody but Cruz.

But on caucus night Cruz proved the pollsters wrong.

The key to Cruz’s victory lay in his successful effort to expand his base beyond evangelical Christians. The evangelical vote ended up splitting fairly evenly among Cruz, Trump, and Rubio.

Cruz won therefore by running well in unlikely places, such as eastern Iowa, the least conservative part of the state. He also did well among GOP voters in college towns like Iowa City and Ames. Most important of all, Cruz won Cedar Rapids and ran close behind Marco Rubio in the GOP-leaning suburbs of Des Moines.

If Cruz can continue to build support among young and suburban Republicans, he has a real chance to win the nomination. 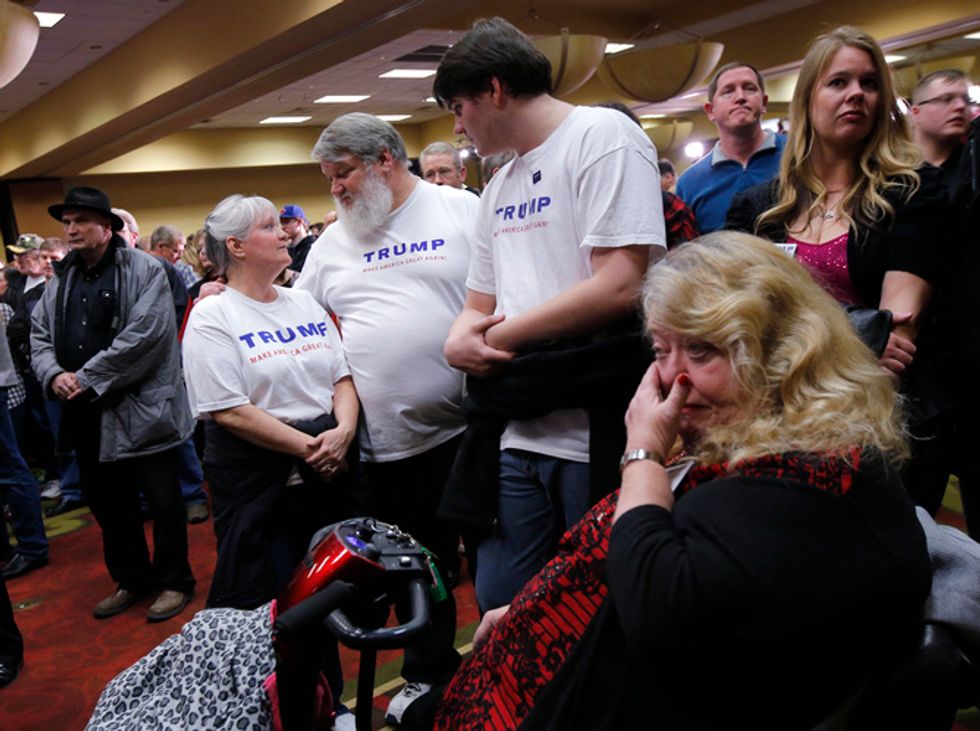 The exact reverse was true of Trump. The caucuses revealed that his campaign had a smaller base than expected.

Trump had all of the momentum going into Monday night. He dominated press coverage in Iowa, he had huge campaign rallies, and he surged into the lead in the final polls.

But when the voting began, Trump underperformed badly. His overall caucus vote of 24% was well below his polling average of 29%.

In the end, Trump’s organizational weakness sunk his effort to win Iowa. He never built a grass roots organization on the scale of the Cruz and Rubio campaigns and he paid dearly for it on Caucus night.

He also made foolishly arrogant mistakes. For example, when he fell to second place in Iowa polls in November, the billionaire asked: “How stupid are the people of Iowa?” Cruz used Trump’s insulting line in a very effective ad that aired throughout Iowa last week.

Although Trump has mastered the art of attracting media attention, he has yet to learn that insulting voters is not a winning campaign strategy.

4. Marco Rubio is on the rise 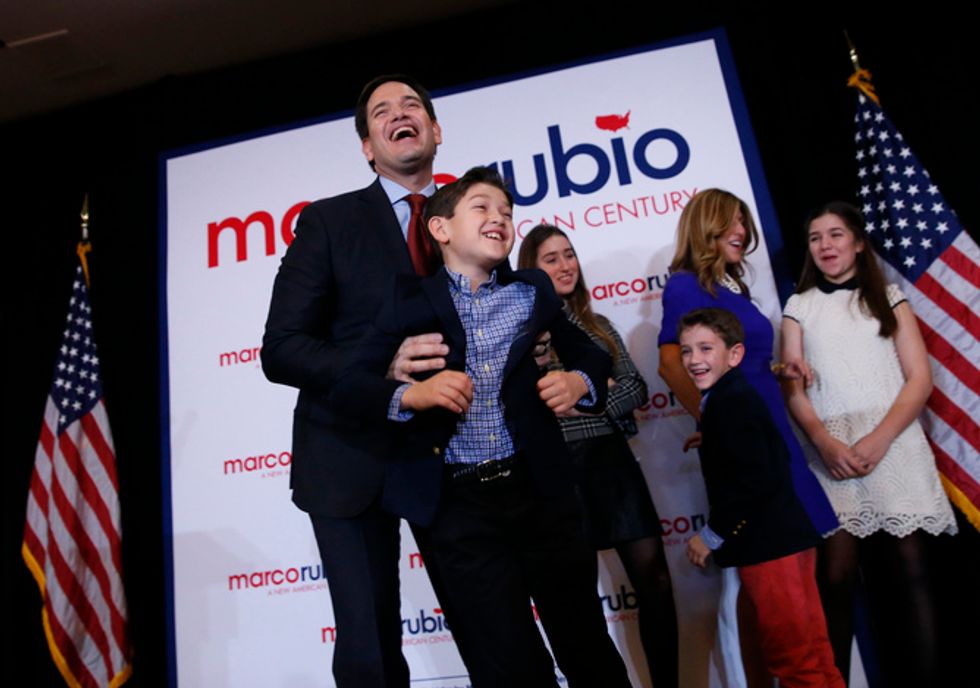 Marco Rubio celebrates with his family in Des Moines, Iowa.

Although Rubio finished in third place in the GOP race, he has plenty of reason to smile. The polls predicted he would finish with 15% of the vote, but instead he captured 23%, nearly as much as Trump.

Crucially, Rubio ran extremely well in metropolitan areas and among college-educated voters. He carried Des Moines and Davenport as well as suburban counties and Johnson County, home to the University of Iowa.

That bodes well for Rubio’s chances in New Hampshire, where the state’s Republicans are more urban and far more moderate than Iowa voters.

Keep an eye on Rubio. If he can continue to attract voters away from Trump, the Florida senator will be a force to be reckoned with in the GOP race.