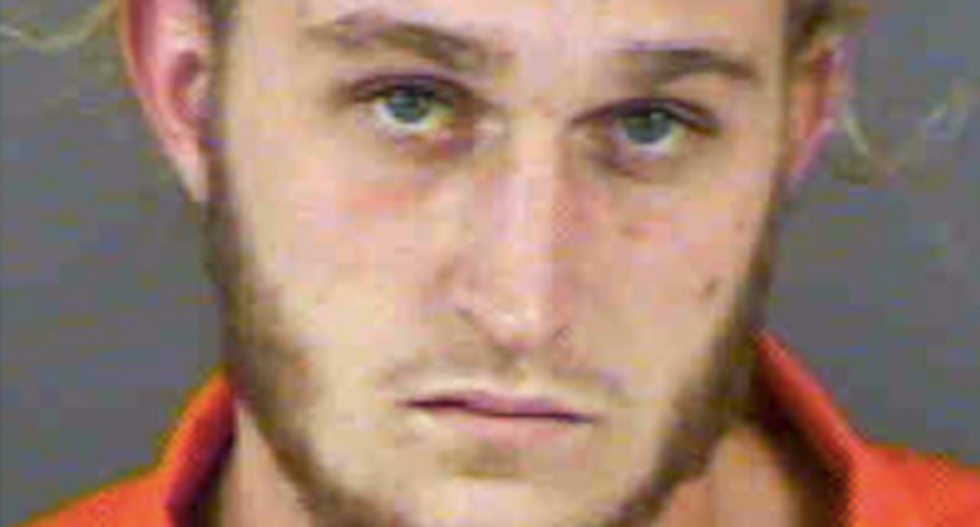 A Florida man accidentally shot a neighbor girl whose house was located behind a backyard shooting range he set up -- but his attorney says no laws were broken.

Deputies arrested Harold Lanham, of Naples, and charged him with shooting a missile into a dwelling after his errant gunshot wounded 14-year-old Deborah Ledesma, reported WFTX-TV.

The teen said she heard gunshots Feb. 7 inside her home in Golden Gate Estates and tried to move her mother away from a sliding glass door -- but instead a bullet shattered the glass and struck her in the hand.

"The pain doesn't go away," Deborah said of the wound, which is just below her left ring finger.

Collier County sheriff's deputies found that the 21-year-old Lanham, who lives behind the Ledesmas' home, had built a 3-foot sand berm to stop bullets from a backyard shooting range he had set up.

But the family's home was directly behind the line of fire, and one of Lanham's shots was fired too high and missed the target and berm and instead went through the glass door.

Authorities in other communities have been unable to stop residents from setting up shooting ranges in their front or back yards because Florida law prohibits local governments from restricting gun rights in any way.

Investigators said Lanham was arrested because he had prior knowledge of the potential danger his shooting posed to neighbors.

Deputies were called earlier on the evening of the shooting after the girl's family reported several gunshots had struck their home.

Lanham's attorney said he feels bad that the teen was injured, but he said gunfire on private property was protected under both the Second Amendment and Florida law.

"There's no doubt this was a tragedy," said attorney Mike Chionopolous. "But I'm sorry, sometimes accidents happen, and that doesn't mean somebody's committed a crime simply because there's a tragic outcome."

The wounded teen said she understands the law, but she said anyone who wants to set up a shooting range in their yard should take all necessary precautions to prevent neighbors and passersby from being shot.

"Before you shoot randomly, you need to make sure you're not going to get somebody else's property," Deborah said. "Now every time I stand next to the window, I think, 'Where could a bullet come from?'"

Lanham, who was released on bond, was initially charged with discharging a firearm in public, but his attorney pointed out the gun owner was shooting on his own property.

The new charge, shooting a missile into a dwelling, is a second-degree felony.