OUCH: Watch as another endorser utterly fails to name a single Rubio accomplishment 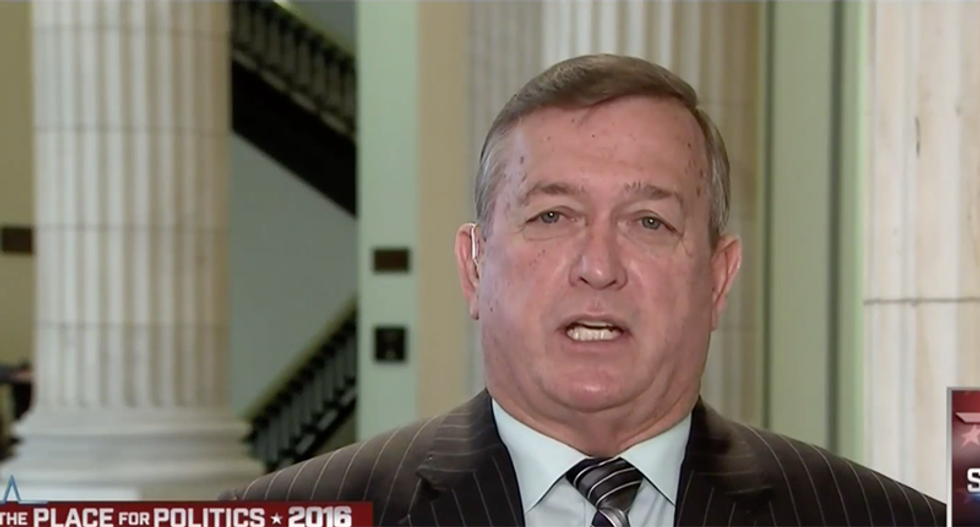 Marco Rubio is having terrible luck with his surrogates when they're asked by the media to come on and talk about why they're endorsing him. Rep. Martin Hardy is the latest to get a little flustered when MSNBC asked him what Rubio's accomplishments are.

MSNBC asked for some of Rubio's achievements on Capitol Hill that demonstrates his character and ability to get things done. "On the Hill, I have not seen that. He's been running for a presidential race most of this year," Hardy said in the video below.

He isn't the only one. The trouble all began when Rick Santorum appeared on MSNBC and was asked what he lists as Marco Rubio's top accomplishments. The only thing he could list was winning a U.S. Senate campaign in Florida.

Just two weeks ago, snowball loving Sen. Jim Inhofe (R-OK) also struggled to find words to describe Rubio's accomplishments. "He accomplished great things," he began. "And for him to, I mean, you know, you, you could start in on his accomplishments going way back to when he was in the state of, er, when he was running the House, in um, in um, ah, Florida. So, uh—" the reporter then cut him off asking for specifics. "Well, he has, he has brought issues out in the public so that the public is aware that the problems that exist. He has been very clear that we have a problem in our military, we have a President who has disarmed America and we have a problem right now he is busy bringing that, focusing on that on the, on the American people, and, but there are limits to what you can do as one Senator."

The video cut to another Representative before going back to Inhofe who ultimately came up with something. "Now, specific, what has he done? He voted for, as I did, the NDAA, the National Defense Authorization Act, and he did it because, and there were several other senators who didn't, two other senators who didn't do it." The problem is that Rubio didn't even show up for the vote that Inhofe referenced.

Check out Hardy's video below.