Reimagining the Internet as a mosaic of regional cultures 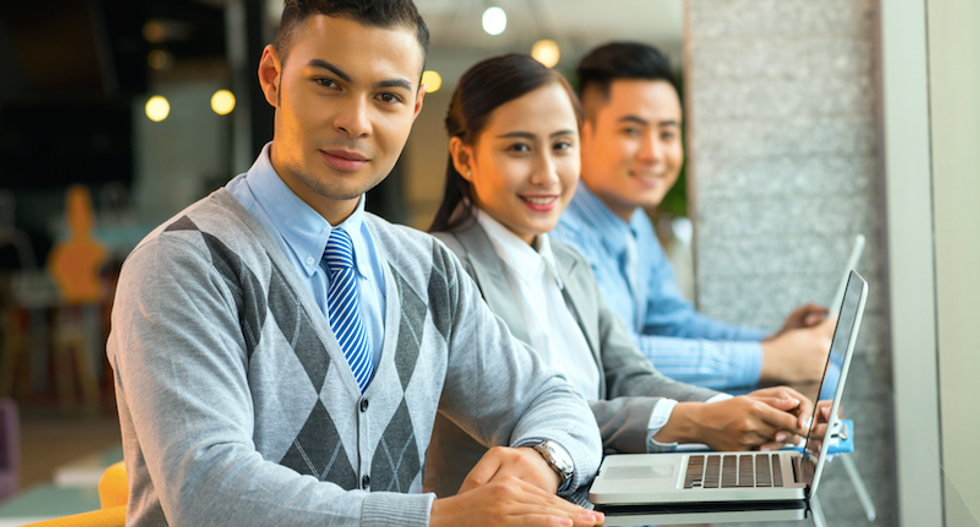 Most online maps of the Internet are architectural plans, engineering blueprints, anatomical drawings or statistical graphics. For example, the Internet has been represented as millions of devices connected to each other by 300 “[c]ables lying on the seafloor" with its center in a huge hotel in Manhattan.

The Internet can also be viewed as a network of hyperlinks between world languages used to produce online content or represented through Wikipedia as a map of human knowledge.

Yet we learn from historians of cartography that maps reflect the preexisting interests, desires and preconceptions of the society from which they emerge. The same goes with how the vast virtual territory is mapped.

Consistent with the rhetoric emphasizing technical connectivity led by US-based transnational corporations, the prevalent maps of the Internet privilege technical features – such as hyperlinks, content of Web pages, Internet infrastructures and service providers. In these maps, the Web tends to center on the West with the rest of the world at its “peripheries.” These, together with other representations of the global digital divide, highlight the dominance of the West.

Such views limit the public’s ability to envision the Internet as a globally inhabited cyberspace.

We mapped usage of the Internet, as distinct from its technical features. Viewed this way, the Internet is much less West-centric, and rapidly diversifying as the world’s populations engage with it in their own ways.

Actual traffic patterns on the Internet differ from its technical architecture. Reimagining the Internet according to global usage, our research reveals a fairly decentralized Web with significant participation from the global South. Our mapping makes visible, on an unprecedented scale, aspects of Internet use that remain “largely invisible” when “viewed from the perspective of network centers.”

We analyzed traffic to the world’s most popular 1,000 websites – which consistently account for 99 percent of global Web traffic – during the month of September in 2009, 2011 and 2013, respectively. These data come from comScore, a world leader in Web audience measurement.

For each of the possible pairs of those 1,000 websites – more than half a million pairs in total – we looked at the traffic shared by its two constituent websites. For example, for the pair comprising The New York Times and Google USA, we looked at how many people visited both sites.

We viewed website pairs as connected if they had traffic overlaps greater than would be expected by random chance, as with the Times-Google pair above, or the pair comprising the Times of India and Google India. Examined in this way, pairs of websites serving users from different cultural backgrounds – such as the Times of India and Yahoo Japan – tend not to be connected.

The dots are websites and the lines represent the existence of significant traffic overlap between them. These show that global Web usage clusters itself into many communities of websites based on shared traffic. What the member websites of these clusters have in common with each other allows us to identify them as expressions of online regional cultures (see legend).

Mapping sites based on how much traffic they share with each other revealed interconnected clusters or communities of shared Web use. These corresponded well with major geo-linguistic regions, and we called them “online regional cultures.“ In addition, there are a few online cultures that span geographic regions; they tend to include either user-generated or adult content.

To conduct our analysis, we borrow the anthropological concept of ethnology, a scholarly tradition that characterizes relationships between cultures based on common traits in beliefs, emotions or practices. To examine these regional cultures comparatively and historically, we calculated how distinctly a regional cultural community stands out on the Web, and the strength of its online activities.

In general, we find that geographical regions where people speak languages not widely spoken elsewhere (such as Japan and Korea) are the most distinct online cultures; regions with geographically dispersed languages (such as Spanish or Russian) or those of multilingual geographies (such as India) less so.

Our study suggests that the Web, when mapped based on its usage, does not have its core in the West, but is a mosaic of online regional cultures that associate with physical places.

In such maps, the Internet is becoming more decentralized, or to be more precise, de-Westernizing, as more users from disparate cultures are taking over its topography by bringing in their own cultural identities. Between 2009 and 2013 the Web witnessed a gradual process of “de-Americanization"; the cluster corresponding to the U.S. has separated from the “global” websites such as Twitter and Instagram – primarily user-generated websites, which are neither centered in North America nor on the English language.

In this process, the American sites have taken their own “corner” of the Web, just like other online regional cultures. Simultaneously, non-Western online cultures have strengthened, especially those linked to Brazil, Russia, China and India. Unsurprisingly, in these places, local Internet industries are thriving and domestic content is flourishing.

Compared to the prevalent technological Internet maps, our user-centric maps from 2009 to 2013 challenge, rather than reinforce, the existing concept of an Internet anchored by Western knowledge, norms and activities. They encourage the (Anglophone, especially) general public to confront the narrow online world with which it is familiar. Further, the trend captured by our maps may encourage Westerners to refresh their own preconceptions by exploring the vastly heterogeneous cyberspace.

These user-centric maps also inform policymakers about how better to empower the global South. Technical connectivity alone is not enough. For online regional cultures around the globe to strengthen, users must be able to build and shape the content they find appealing. For this to happen, local governments need to introduce civic, economic and social opportunities with new technologies. Left to a market dominated by West-based transnational corporations, the global South may not achieve healthy domestic Internet landscapes and online cultures.