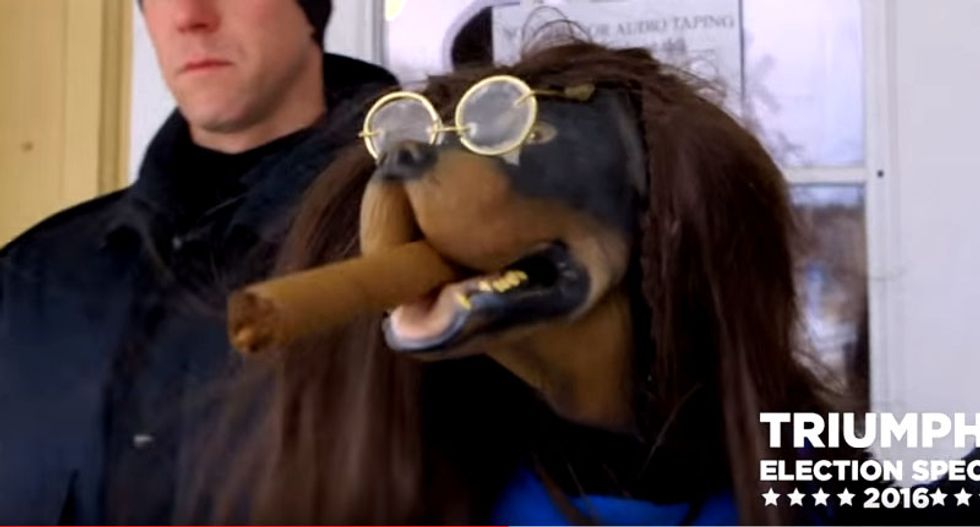 When Triumph first arrived at a Cruz rally to attempt to ask the Texas senator some questions, he mistakenly thought he was watching Cruz's fellow Hispanic rival, Marco Rubio. “See I knew I was racist enough to be a Republican,” he joked.

“Senator is it true you tried to shut down the government so you could go to a Nickelback concert?” Triumph shouted at Cruz. But the senator didn’t reply.

“Ted, Ted, I love your smooth skin,” he shouted at another Cruz event. “When did Geppetto make you a real boy?”

Despite his best efforts, Triumph failed to get Cruz’s attention – so the comedic dog tried dressing up as Kentucky clerk Kim Davis.

"Please, I'm such a victim," Triumph said as he cried for attention. But Cruz still ignored him.

"Obviously the Kim Davis disguise did not fool them -- or, like everyone else, they just hate Kim Davis," Triumph said.