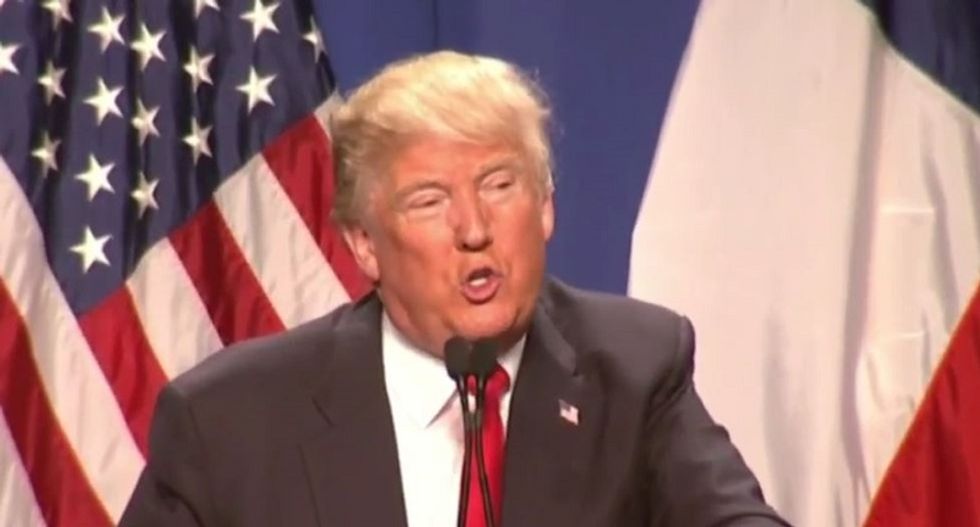 During a speech in Texas on Friday morning, GOP candidate Donald Trump said he wants to protect the Second Amendment but decimate the First Amendment.

It was the real estate mogul's first speech since Thursday night's fiery debate, in which rival Marco Rubio went on the attack and knocked Trump off balance.

Trump said he wants to sue news outlets for doing negative stories about him. The First Amendment of the Constitution specifically protects a free press, but Trump has made it a habit to bash reporters covering his events and the media in general.

But on Friday he went the extra step of saying he would limit the press using litigation as a stick.

"I think the media is among the most dishonest groups of people I've ever met," Trump said. "They're terrible."

Then he said Amazon CEO and founder Jeff Bezos bought the Washington Post to have political influence.

That's when Trump said he'd wield influence over the media in his own way.

He then added, “With me, they’re not protected, because I’m not like other people… We’re gonna open up those libel laws, folks, and we’re gonna have people sue you like you never get sued before."