Trump Jr. offers to pay for black celebrities to leave US when President Trump is elected 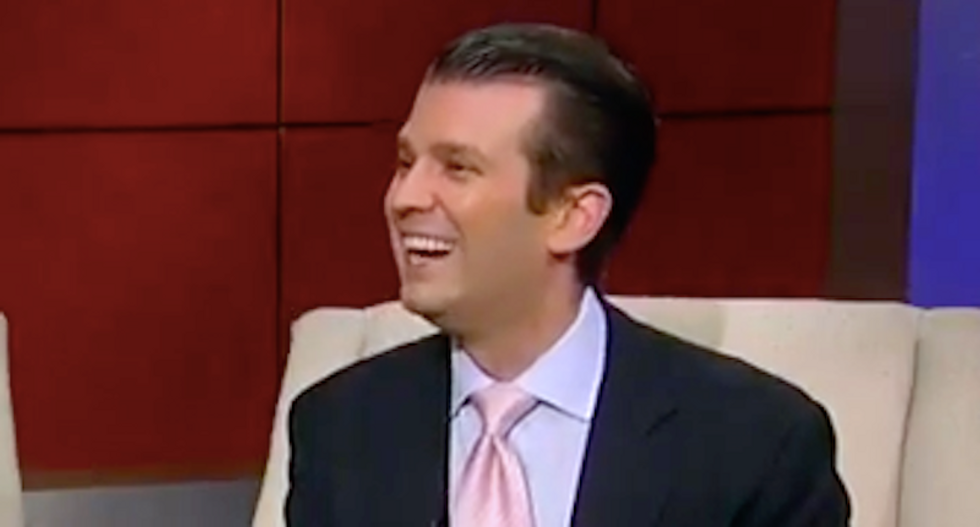 Don Trump Jr. said he would happily pay for some of his father's black critics to leave the United States.

The Republican presidential candidate's son appeared Monday morning with his brother, Eric Trump, on "Fox and Friends" to discuss the "Super Tuesday" primary elections and the concerted attacks on their father by his GOP rivals.

Trump Jr. predicted his father's candidacy would draw "historic turnout for the GOP" because the real estate tycoon and reality TV star has attracted Americans who don't typically vote.

Fox News showed video clips of Whoopi Goldberg, Al Sharpton and Raven-Symoné -- all of whom are black -- vowing to move to another country if Trump or another Republican won.

"I'll buy them their airfare," Trump Jr. said, laughing. "I'm more than happy to chip in."

Eric Trump said their criticism might actually "be the greatest endorsement ever," and his brother agreed that criticism from political enemy only strengthened support for their father.

"Those are endorsements for Trump," Trump Jr. said. "That's the thing -- when you have the establishment people in the debates, and they stack the debates with a thousand people that are all booing, those are votes for us. Because the people in the audience watching at home are like, 'Wait a minute -- he's saying what I'm thinking.' I love that. That's as good an endorsement as we could possibly get."