Trump-loving extremist says Christians should beat gays on the street: ‘Jesus would have killed them all’ 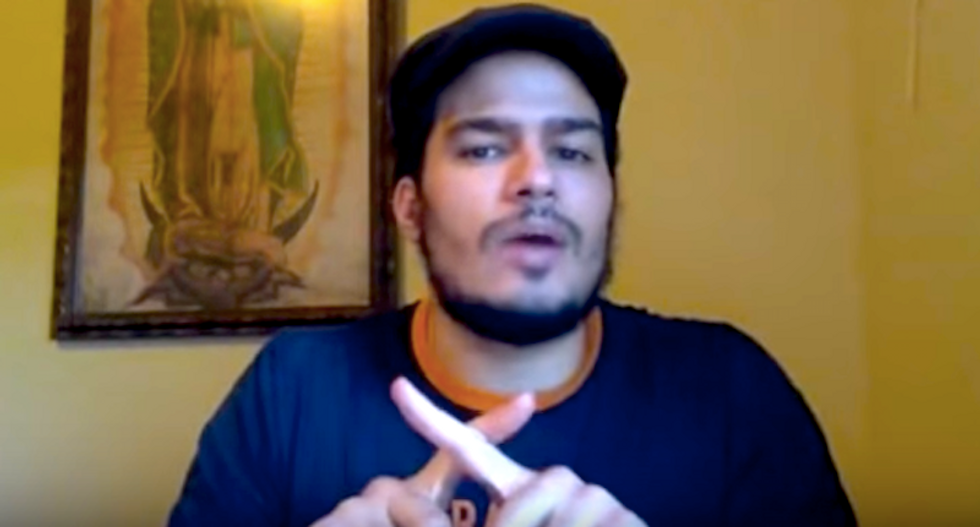 An anti-LGBT extremist who pledged his support to Donald Trump has posted a new video declaring that Jesus Christ would not only support violence against gays but would kill them himself.

Theodore Shoebat, a right-wing video blogger who appeared in an anti-LGBT film with Rand Paul and Mike Huckabee, praised Eastern European nations that did not punish assailants who attacked LGBT people they encountered on the street, reported Right Wing Watch.

"When you have the sodomites coming out into the streets and the Christians come and beat them up, the people who are beating up the sodomites don't really get punished because the society is so conditioned that way," Shoebat said. "If there's a law written in the hearts of the people, then the people who fighting this evil, physically, with their hands, fighting them, beating them up, those people are not going to get in trouble."

Watch video of his remarks posted online by RWW Blog: