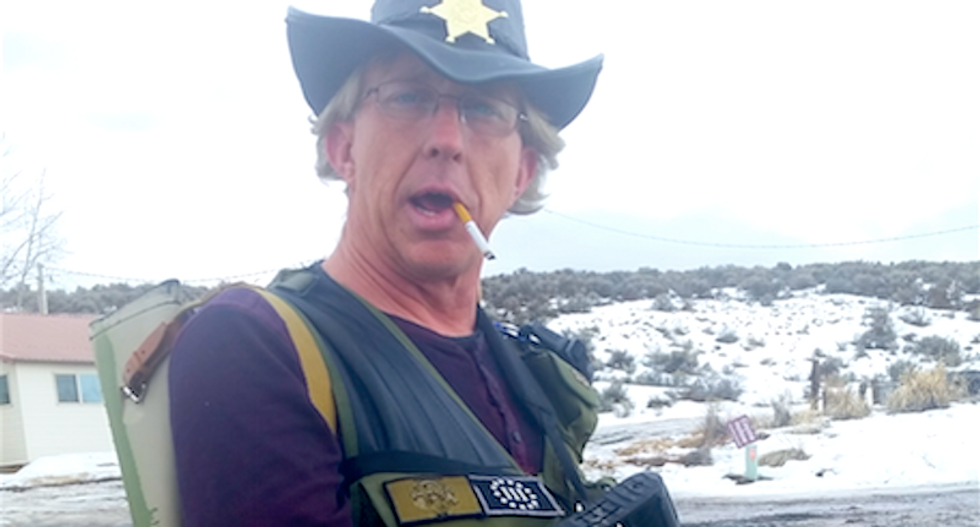 Another armed militant who participated in the occupation of a federal wildlife reserve in Oregon early this year has been taken into custody, the Oregonian reports.

Scott Willingham, 49, was arrested on Wednesday in the tiny town of Mount Vernon, just outside Malheur National Forrest. Willingham was arrested at a motel after threatening to "start shooting federal law enforcement officers" in the morning.

At the time of his arrest, Willingham was armed with a semi-automatic rifle and 230 rounds of .308 ammunition, according to the Oregonian. He was charged with unlawful use of a weapon, which is a felony, and a misdemeanor count of disorderly conduct.

He is being held on $35,000 bail and was arraigned Thursday.

Willingham arrived at the wildlife refuge just days after it had been taken over by an armed militant group led by Ammon Bundy, the son of anti-government rancher Cliven Bundy. He had told the paper at the time that he worked on security detail and was being "groomed" for leadership.

Many high-profile figures involved in the occupation were arrested and charged, including Ammon Bundy. Cliven Bundy has also been arrested and charged on counts related to the stand-off at his Nevada ranch over his refusal to comply with federal grazing laws.