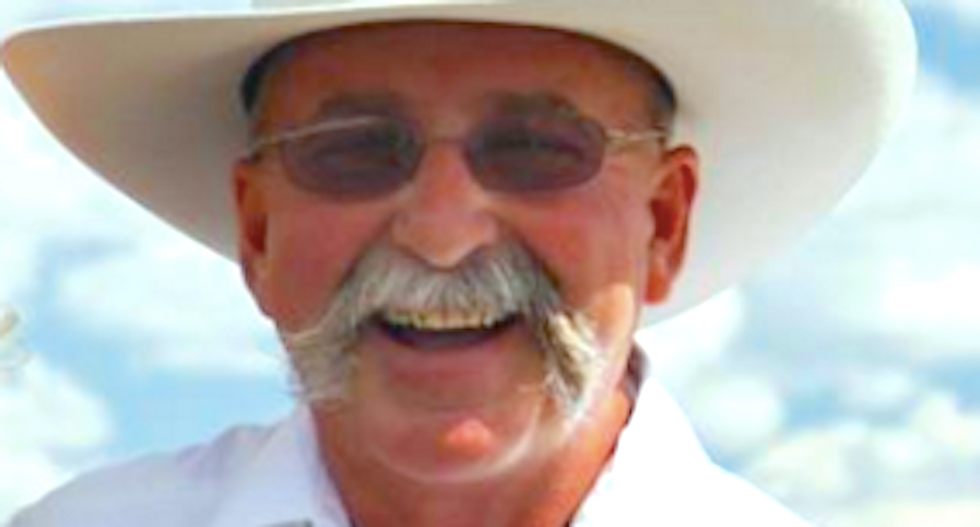 Republican elected officials admitted they promised to help a convicted felon run for elected office if he agreed to stop paying his mandated grazing fees.

A newly released recording reveals how GOP lawmakers and local officials were deeply involved with the occupation of an Oregon federal wildlife reserve earlier this year by armed militants, according to an in-depth report by Oregon Public Broadcasting.

Many of the officials are members of the Coalition of Western States, which shares the militants' stated goal of rolling back federal ownership of public lands for private use.

They met in early January, shortly after the armed occupation began, with local officials in Harney County to urge them to back militants led by Ammon Bundy -- who is now among 24 who face a variety of federal charges for their role in the confrontation.

The recording reveals several tense exchanges between Steve Grasty, the county's top elected administrator, and Nevada Assemblywoman Michele Fiore, who did not travel to Oregon but took part in the meeting by phone.

She has since launched a campaign for the U.S. Congress and continues to defend the militants and their tactics as lawful.

Grasty, a vocal critic of the militants throughout the ordeal, called Bundy and his followers criminals and terrorists -- but Fiore defended him as simply a frustrated rancher.

The county judge quickly corrected Fiore, pointing out that Bundy was actually a used truck salesman -- and he flatly told her she had no idea what she was talking about during a discussion of two Oregon ranchers whose imprisonment sparked a protest that then led to the occupation.

"Your impression that he is a nice guy, he is not a nice guy," Grasty said of the imprisoned rancher.

Perhaps the most explosive detail revealed on the recording is an admission from the COWS co-founder that the group had orchestrated an appearance by a New Mexico rancher who publicly signed a pledge to stop paying his grazing fees on federal lands.

Robert Corbell, a county supervisor in Greenlee County, Arizona, said the rancher, Adrian Sewell, contacted COWS by email at least two months before the occupation, and the group arranged to bring him to Oregon in hopes of inspiring other ranchers to publicly disavow the Bureau of Land Management.

"According to Corbell, COWS contacted Sewell shortly after the occupation and promised to help him run for a local office in exchange for his appearing at the Jan. 23 event," OPB reported.

The 36-year-old Sewell was the only rancher to sign the pledge, renouncing his contract for 33,000 acres of the Gila National Forest he uses for grazing 100 cattle.

He recorded a tearful Facebook video on his way to the event about going to war, but he declined to discuss his prior criminal convictions once he arrived in the media glare in Oregon.

Sewell has convictions for assault in Texas and Oklahoma, where he was found guilty in 2002 and placed on probation for chasing other people with an ax.

He eventually decided not to join COWS, despite the group's promise to boost his local political career, because he got into a fight with another member at slain militant LaVoy Finicum's funeral over stolen weapons.

"Adrian thought that Anthony (Bosworth) had stolen LaVoy's guns the night everyone left (the refuge," Corbell told OPB. "He was mad. He was real bowed up."