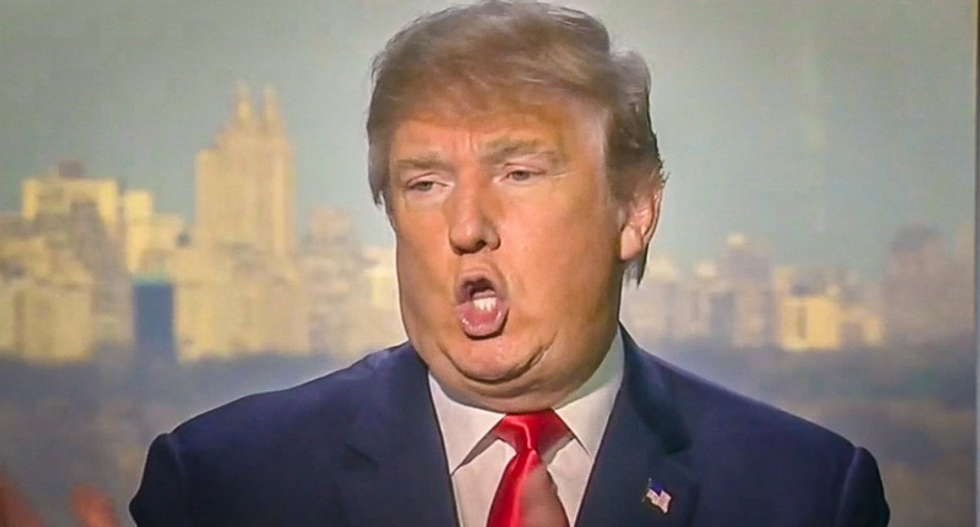 The Better Business Bureau is calling BS on Donald Trump's A-rating claims from the GOP debate last week. It turns out Trump University did have a D-minus with the BBB and no emergency fax came to Trump's aid while he was on the debate stage.

In a statement, the BBB addresses 7 major points both clarifying the reality for Trump and for the way that the BBB makes its ratings determinations. First, "BBB did not send a document of any kind to the Republican debate site last Thursday evening. The document presented to debate moderators did not come from the BBB that night," they said in the statement.

Second, "Trump University does not currently have an A rating with BBB. The BBB Business Review for this company has continually been 'No Rating' since September 2015. Prior to that, it fluctuated between D- and A+."

Further, the BBB says that "At no point did BBB change the rating of Trump University based upon a demand from anyone." Instead they formulate their rankings on an evaluation process during which time they got "multiple customer complaints."

The BBB gave Trump U a D-rating in 2010. But the BBB has a 3-year cap on ratings, so complaints older than 3 years automatically drop off. As Trump U was winding down and the complaints fell off, the Trump U rating went up because there were no students still attending to complain, the BBB said.

Trump is facing two class-action lawsuits and a suit from the New York Attorney General for the sketchy business practices of Trump University. But during the Fox News Republican Debate last Thursday, Sen. Marco Rubio (R-FL) confronted the billionaire about the D-minus rating Trump U earned from the Better Business Bureau. Trump flatly denied it saying, "98 percent approval rating. We have an A from the Better Business Bureau." Rubio then interjected saying that the claim was false while Trump repeated the same claim a second time before saying that many people who took the course went on to become successful.

Trump’s claim was that the BBB initially gave Trump U the D-minus but changed it to an A rating after Trump’s team provided them with necessary information. "The only reason it was a D was we didn't care. We didn't give them the information," Trump continued.

The Independent Journal Review tweeted a video during a commercial break for the debate showing Trump handing a piece of paper to  moderators claiming, "Better Business Bureau just sent it...this just came in."