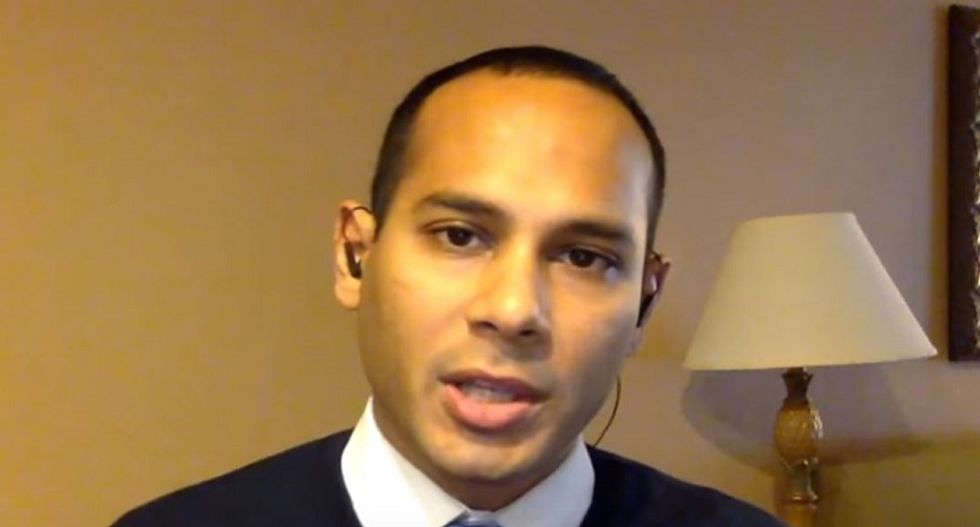 CBS News journalist Sopan Deb was in Chicago reporting Friday night from the political rally scheduled at the University of Illinois at Chicago Pavilion when he was caught amid the chaos created by both GOP presidential candidate Donald Trump's planned rally and its cancellation.

"I've never seen anything like what I'm witnessing in my life," Deb tweeted about the unrest and violence.

Recent events are indeed unprecedented, at least in the last few decades. Trump has surged forward to become the party's front runner. His campaign rallies draw thousands of supporters. But they have also devolved into racially-charged violence and chaos.

After a tense, violent rally in St. Louis on Friday morning, at which Trump was regularly interrupted by demonstrators and an African-American activist was left bloody, Trump cancelled his rally in Chicago.

Not only did Deb get knocked down without warning and arrested by Chicago police, he was charged with resisting, which video of the incident contradicts. The video is posted below.

"There's definitely been a recent uptick [in hostility]," Deb said in an interview with CBS. "I have certainly never seen anything like last night. That was unprecedented."

But Deb has personally faced racism while doing his job covering the Trump campaign, as recorded on his Twitter feed.