Christian leader: Trump reveals that progressives were right about evangelicals all along 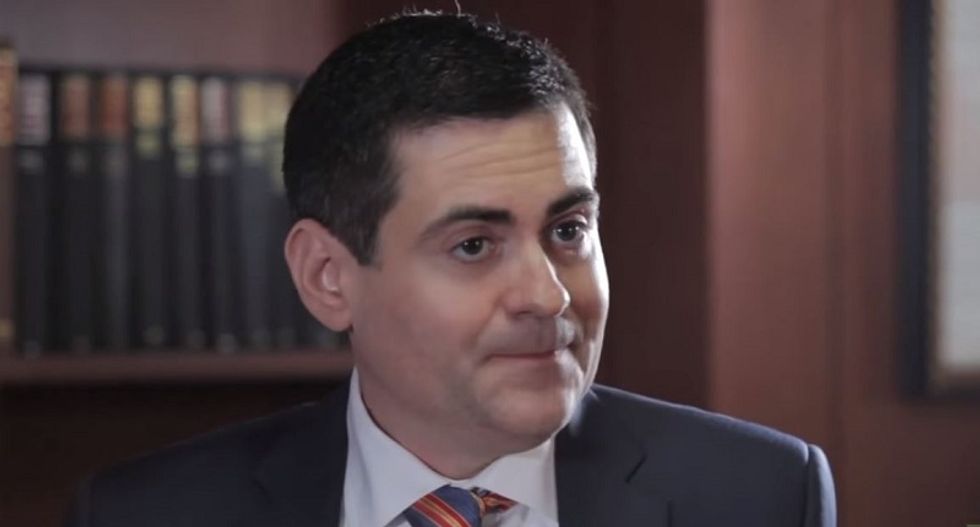 Moore, president of the Ethics & Religious Liberty Commission of the Southern Baptist Convention, wrote on Monday that he has stopped calling himself an "evangelical" and instead refers to himself as a "gospel Christian" because he feels the word "evangelical" has been contaminated with contemporary politics.

While Moore doesn't mention the real estate mogul and GOP front runner by name, he alludes to Trump as someone who this election cycle has been "spewing of profanities in campaign speeches, race-baiting and courting white supremacists, boasting of adulterous affairs, debauching public morality and justice through the casino and pornography industries."

Moore has long been a critic of both Trump and the Christian right's courting of him even though Trump doesn't seem to know anything about the Bible. Recently Trump has been widely condemned for refusing to disavow support from white supremacists. Moore has in the past advocated for racial integration of Christian churches.

"Why are many evangelical leaders, including some who pontificate on nearly everything else, scared silent as evangelicalism is associated with everything from authoritarianism and bigotry to violations of religious freedom?" Moore asked. "How can they look the other way in silence when politicians praise Planned Parenthood and demur about white supremacists and neo-Nazis?"

Moore then admitted that "secular progressives" had been right in one criticism of contemporary evangelicals, who fuse religion and politics to gain power.

"For years, secular progressives have said that evangelical social action in America is not about religious conviction but all about power," Moore wrote. "They have implied that the goal of the Religious Right is to cynically use the 'moral' to get to the 'majority,' not the other way around. This year, a group of high-profile old-guard evangelicals has proven these critics right."

He criticized a willingness to look the other way when the word "evangelical" is "co-opted by heretics and lunatics."

Moore had been critical of Liberty University president Jerry Falwell, Jr.'s endorsement of Trump, tweeting, "Politics driving the gospel rather than the other way around is the third temptation of Christ. He overcame it. Will we?”