CNN reveals sad state of Rubio campaign: Stadium rally on his 'home turf' draws next to nobody 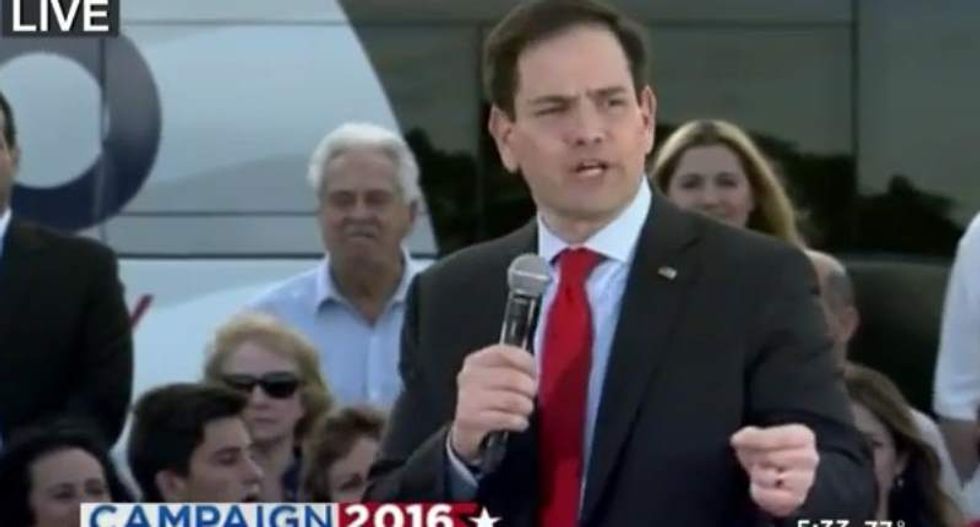 Sen. Marco Rubio (R-FL) gave a rally in what he hoped would be friendly territory and not many people came, Talking Points Memo reported.

The "disappointing" crowd for Rubio's event in Hialeah, Florida was captured on a CNN broadcast, with the news network showing the nearly empty stadium in which it unfolded. TPM posted a picture from the broadcast, which can be seen below: 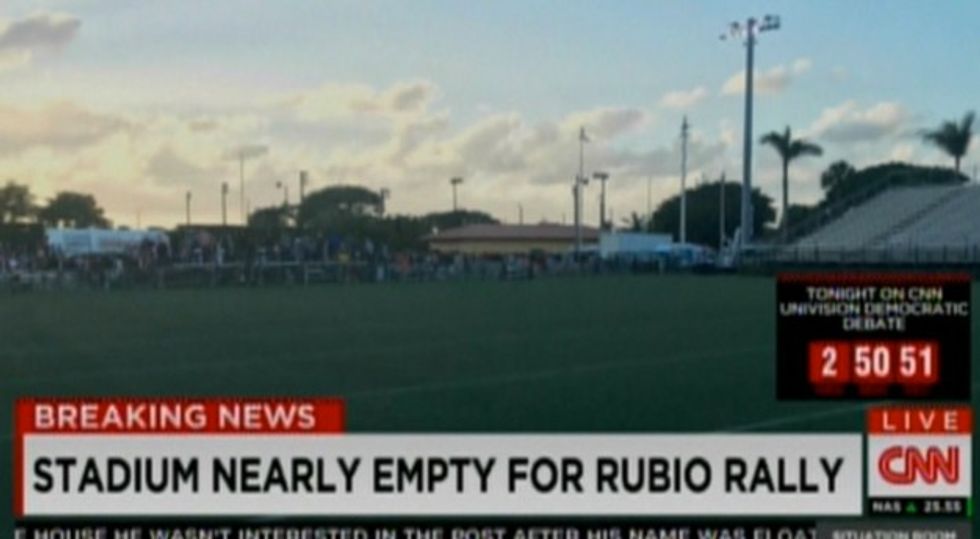 Correspondent Jason Carroll said that the event drew a "couple hundred" supporters, who were "not even filling the end zone" at the stadium.

Washington Examiner correspondent Byron York also posted an image from the event, showing that the stadium stands were empty during the rally:

However, a spokesperson for the senator posted an image suggesting a larger turnout, despite the evidence to the contrary:

USA Today reported that, according to a new Quinnipiac poll, Rubio is trailing real estate mogul Donald Trump among likely Republican primary voters. Trump has the support of 45 percent of respondents, compared to Rubio's 22 percent.