Donald Trump vows to ruin protesters' lives by pressing charges: ‘Their lives are gonna be ruined’ 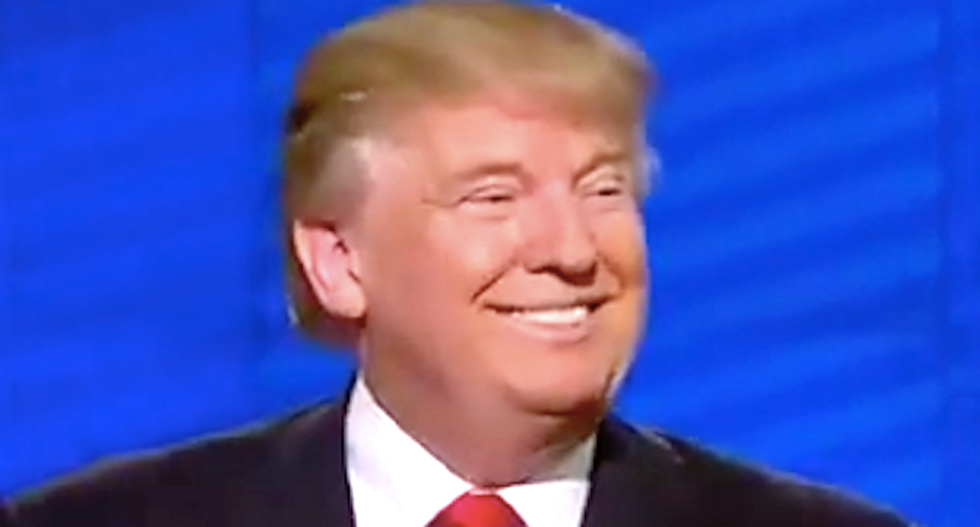 GOP front runner Donald Trump made new threats against demonstrators who have frequently interrupted his rallies during a speech in Kansas City on Saturday.

The real estate mogul vowed that he would press criminal charges on protesters and ruin their lives with an arrest record.

"I hope these guys get thrown into a jail," Trump said. "They'll never do it again, it'll destroy their record. They'll have to explain to mom and dad why they have a police record and why they can't get a job. And you know what, I'm gonna start pressing charges against all these people. And then we won't have a problem."

He then said he didn't want to ruin somebody's life and "they're probably good kids. I don't want to ruin people's lives. But the only way we're gonna stop this craziness is if we press charges. Because then their lives are gonna be ruined, they're gonna know their lives are gonna be ruined. So I'll just tell you folks, from now on, if you do anything, we're pressing charges, okay?"

Trump also said a protester that ran at his podium while he was speaking in Ohio on Friday was affiliated with the terror group ISIS, a claim which has not been supported by any evidence. The man was charged with two misdemeanors.

Trump's rallies this week have been chaotic and at times violent. On Friday night, Trump cancelled a Chicago rally in the face of large protests. Authorities have charged Trump supporter with assault after he was caught on video sucker-punching a demonstrator in North Carolina this week.

Watch Trump's full speech, as posted online, here. The comments about protesters start at the 1:42 minute-mark.