Larry Flynt: Ted Cruz more dangerous than Trump because he actually believes 'the crap' he says 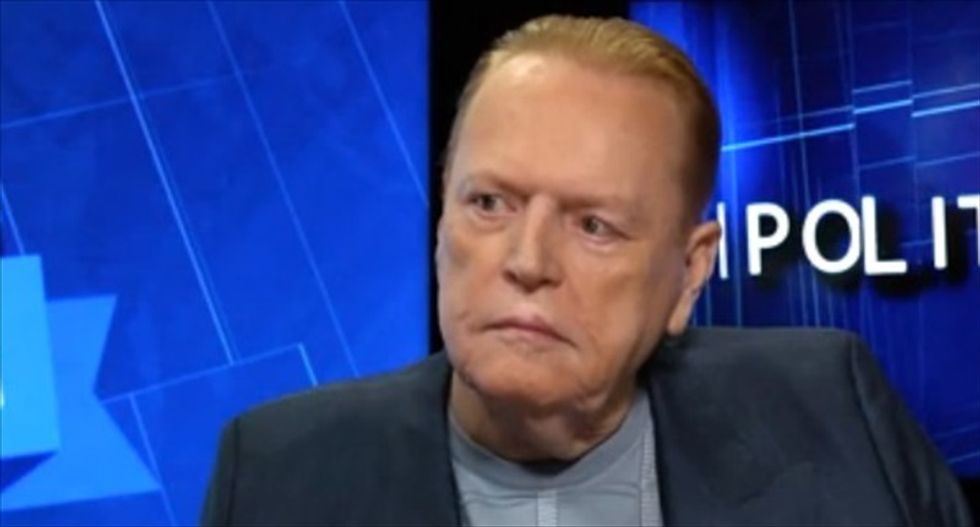 In an interview with the Daily Beast, publisher and gadfly Larry Flynt took some shots at the GOP presidential front-runners, warning that Texas Senator Ted Cruz is much more dangerous than Donald Trump because he actually believes "the crap" he says on the campaign trail.

Flynt got in some digs at easy target Donald Trump, saying he probably has a "3-inch dick," while comparing him to Italian fascist Benito Mussolini.

"There have been other people in history that have been a lot like Trump. I just watched a documentary about Mussolini and it’s uncanny the resemblance they have, not only in their speech but their whole persona," Flynt explained. "Trump controls what I call the low-information voters, the low-hanging fruit. I think very few intelligent people are going to be voting for Donald Trump."

Turning to former rival Marco Rubio ludicrous attempt to boost his flagging campaign by making jokes about the size of Trump's penis, Flynt said there might be something there.

"I definitely think there’s a lot of truth there. Not necessarily in relation to a man’s fingers, but the kind of cars he drives and the kind of buildings he builds, it all has to do with trying to compensate maybe for a lack of manhood. Trump’s probably got a 3-inch dick," he stated.

According to Flynt, he believes the Democratic Presidential candidate will be former Secretary of State Hillary Clinton, and that she can defeat both Trump and Cruz. But he warned that Cruz may be a greater threat to the country because, unlike Trump, he believes every word he says.

"Despite Hilary’s problems I think she’ll beat Trump or Cruz, either one. I think the Republican Party can’t recover from this," Flynt explained. "Trump has offended about every group he can except white men. The only difference between Trump and Cruz is Trump just says all this crap but Cruz believes it — and that’s what makes him so dangerous."

Flynt went on to endorse Clinton, calling her the "the most qualified person running."

"That’s what you got to do when you look at both parties: you see who’s running and you evaluate them not on party but individually, which one is best equipped to be president. And I think Hillary is," he explained. "We have some important Supreme Court nominations coming up and foreign policy will be a central part. I think people interested in having more security and less turmoil in the economy will want somebody levelheaded like Hillary."

GOP candidate who touted 'back the blue' likely had 'aggressive' incident with police in 2018: report

A GOP Senate candidate who has consistently touted law enforcement and the "Back the Blue" movement was likely involved in an angry altercation with police in 2018, a new report said Friday.

According to a report from The Daily Beast, New Hampshire Senate candidate Don Bolduc was likely the person involved in a domestic disturbance with police officers in 2018 that required backup to be sent to his home. According to the dispatch log obtained by the Beast, the incident began when Bolduc's wife Sharon called 911 for a medical emergency for a man in his 50s, possibly Bolduc, and said he was reportedly experiencing chest pains and trouble breathing.

Sen. Tommy Tuberville (R-AL) and his wife recently earned as much as Alabama’s $52,000 median income in just two months of owning a single stock they purchased in July, according to a report at Al.com.

The Tuberville’s turned a 55 percent profit on their purchase of “between $100,001 and $250,000 worth of ChannelAdvisor Corp. Stock,” the website reported. The stock was roughly $14 per share at the time of the purchase, but “on Sept. 6, ChannelAdvisor Corp. announced it was being acquired for $23.01 per share,” the report said.

Last week, with the help of online detectives who have spent the past year and a half painstakingly tracking the identities of participants in the Jan. 6 insurrection, the FBI arrested five members of the group America First for their role in the Capitol riot. Using video footage the insurrectionists had taken themselves, along with news photos and social media clues contributed by internet sleuths, the FBI submitted an affidavit charging that these five young men helped trash House Speaker Nancy Pelosi's office and assault Capitol police officers.

The affidavit blandly describes America First, an ardently pro-Trump group, as motivated by "a belief that they are defending against the demographic and cultural changes in America." The deeper truth is this group — whose members call themselves "groypers" — is among the most shamelessly fascist of the many far-right gangs that invaded the Capitol that day. Their leader, Nick Fuentes, has declared that "Trump was awesome because he was racist," engaged in Holocaust denialism and heaped praise on various historical dictators, including like Joseph Stalin and Adolf Hitler. Indeed, he did the latter at a conference attended by Republican Reps. Marjorie Taylor Greene of Georgia and Paul Gosar of Arizona, signaling how far Fuentes' fascist worldview has crept into the Republican Party.