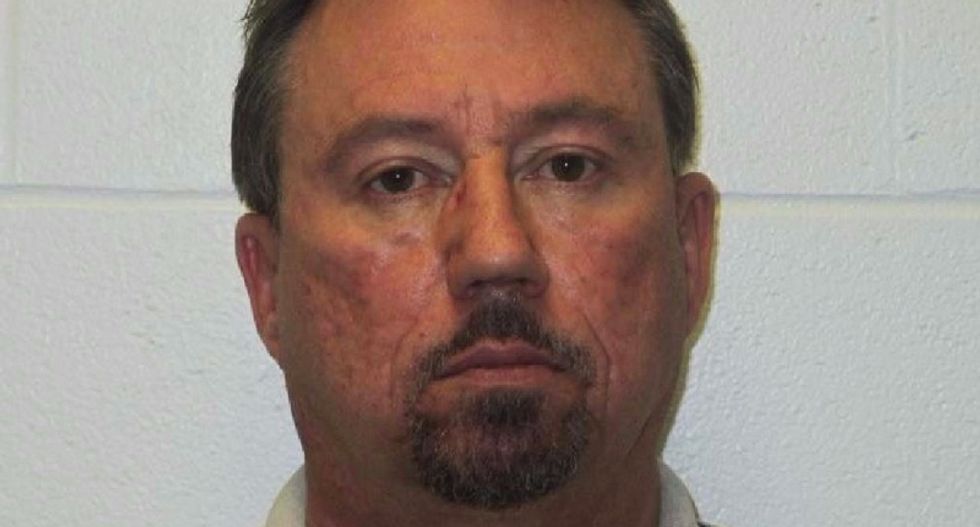 A former Gasconade County sheriff's deputy being held on multiple charges of sexual assault -- including while in uniform -- was discovered dead in his jail cell, reports the St. Louis Post-Dispatch.

Marty L. Rainey, 52, was being held after being charged in federal court on a charge of enticement of a minor to engage in a commercial sex act, and four counts of deprivation of rights under color of law. He was also facing charges in state court on two counts each of sexual assault and corruption by a public servant, as well as a statutory rape charge and the use of a child in a sexual performance.

According to Ste. Genevieve County Sheriff’s Major Jason Schott, Rainey's death appeared to be a suicide.

Rainey resigned from the sheriff's department in November 2012, after being investigated for inappropriate behavior following a complaint from a mental health counselor. A subsequent investigation uncovered a flash drive containing photos and videos of sex acts prompting a raid on his home in August 2014. There investigators seized multiple computers, cameras, flash drives, a hard drive, and other storage devices.

Court documents state that Rainey threatened six women into having sex with him -- occasionally including a friend -- and sometimes while he was in uniform.

Investigators state that one of his victims was younger than 17 at the time.

Investigators also found evidence that Rainey had called and sent texts of a sexual nature to a mentally disabled woman whose mother had been the victim of a crime. Rainey allegedly promised to help the mother with her case, but only if the daughter would send him nude photos.

Rainey was looking at possible life in prison if convicted.