NYPD commissioner raps Trump terrorist fears: We face a 'bigger threat' from our own armed citizens 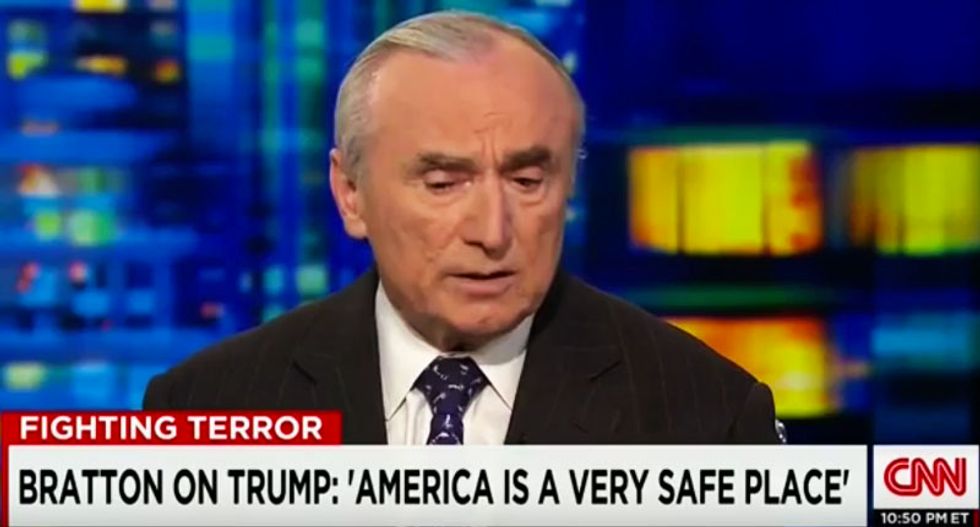 New York's police commissioner pushed back at GOP presidential nominee Donald Trump's dire warnings about terrorists coming into the country Monday night, by saying we have more to fear "from our own citizens."

Appearing on CNN with Don Lemon, NYPD Commissioner William Bratton dismissed Trump's concerns while pointing out easy access to guns in the U.S.

After watching a clip of Trump saying, "I don't think America is a safe place for Americans. We're allowing thousands of people to come in here. Nobody knows where they're from," Bratton disagreed.

"America is a very safe place," Bratton explained. "But we have our incidences, we know. We've had more than our share of mass killing, some committed by terrorists, but the vast majority committed by American citizens living here who have access to firearms."

Bratton then noted the massacre at Sandy Hook Elementary that took the lives of 20 six and seven-year-olds.

"Newtown was an example of that -- all those young children killed by an American citizen," he continued. "So a bigger threat at the moment is our own citizens than those abroad. That may change as the world get less stable."