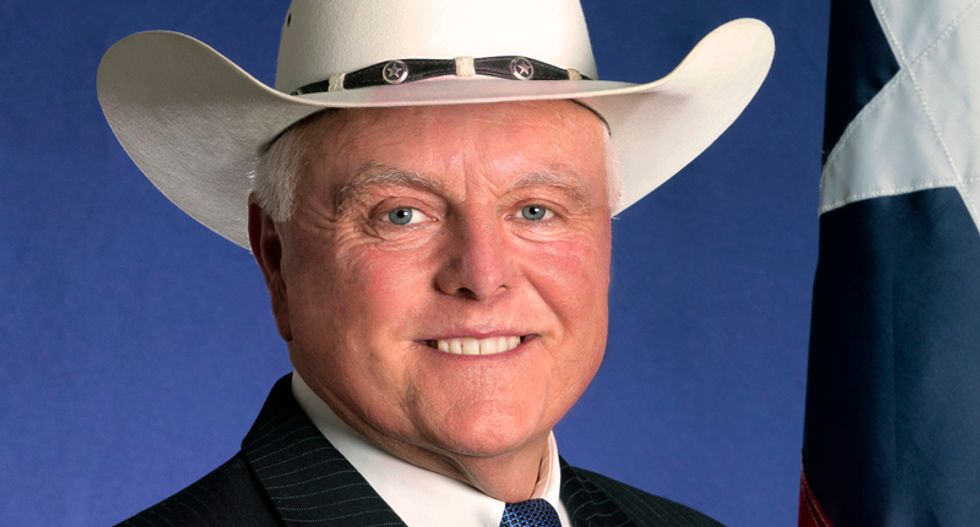 A Republican lawmaker has come under fire for billing taxpayers for a trip to Oklahoma to supposedly conduct state business when the actual purpose of the trip was to get a so-called "Jesus shot" from an Oklahoma City man who calls himself "Dr. Mike."

According to the Houston Chronicle, Texas Agriculture Commissioner Sid Miller took the trip in 2015 to see John Michael Lonergan to receive the  controversial but legal medication which Lonergan claims takes away all pain for life.

In an earlier interview, Miller admitted that he had received the shot and refused to divulge details, but conceded, "It's worked out good."

The Chronicle reports that Lonergan moved to Oklahoma over a decade ago after losing his Ohio medical license due to felony tax evasion, and that he occasionally  works out of the Priceless Beauty Spa in Kingfisher, Oklahoma.

Miller also stated that he paid for the trip and the $300 shot himself.

However a review of travel records show taxpayers picked up the $1,120 tab for flights and a rental car for Miller and an aide to travel to Oklahoma where Miller claims he toured the Oklahoma National Stockyards and met with Oklahoma lawmakers as well as the state's top agriculture official.

Those officials state that never happened, and they only briefly met with Miller for a handshake and a photo-op which Miller's office posted to Facebook.

Pressed about the meeting and tour, Miller now admits that he requested the meeting with the Oklahoma agriculture official - and then did not show up.

Other Texas lawmakers are disturbed by Miller's actions.

"He's saying that was the business purpose of his trip?" Rep. Jerry Shoemake (D) said. "Really?"

Experts point out that billing taxpayers for expenses associated with a private medical issue would be illegal.

"Oh, no question about it," explained Buck Wood, a lobbyist who specializes in ethics. "Using it for a medical procedure? I can't even imagine anybody doing that. But I guess I haven't seen everything."

This is not the first time that Miller -- described as a small government conservative -- has been accused of playing fast and loose with taxpayer dollars.

Upon taking office in 2015, Miller hired four friends and campaign aides to new $180,000-a-year jobs without opening the application process to the public. Additionally, Miller has billed taxpayers for first class air fare, charged the state for cocktails and billed the state for a trip to Fort Worth for a TV interview that he claims was canceled after he arrived.

Asked about billing the trip to the State, a spokesperson in Miller's office denied any wrongdoing and said the lawmaker is paying the state back, saying, "Out of an abundance of caution the commissioner is reimbursing the state for the cost of this trip."