Trump-backing KKK leader refuses to believe Jesus was Jewish: ‘He was an Israelite!’ 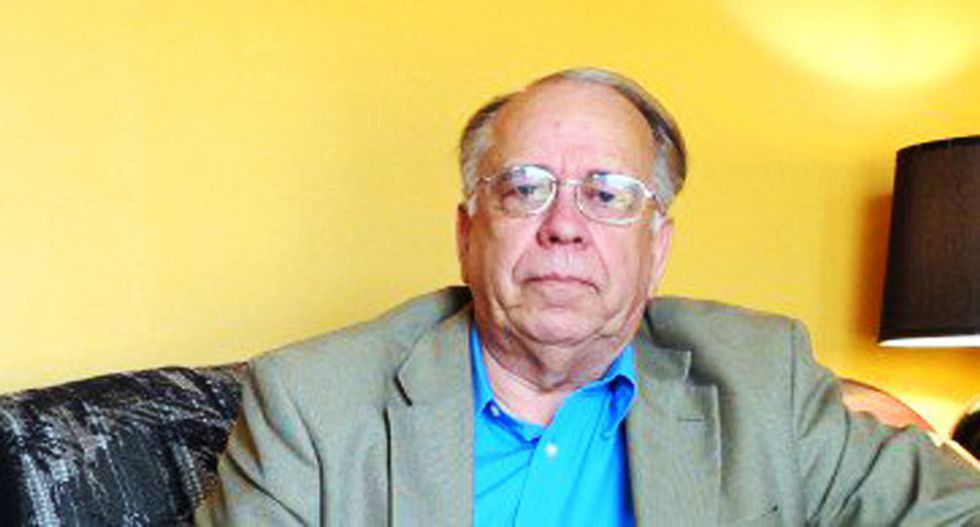 The Arkansas pastor who leads the Knights of the Ku Klux Klan refuses to acknowledge the biblical fact that Jesus was a Jew.

Thomas Robb, who took over the KKK group after the departure of David Duke, discussed his views on Donald Trump and race during an interview Wednesday on "The Alan Colmes Show" on Fox Radio.

Robb last week described Trump as "the pick of the litter" among Republican presidential candidates, and he said his campaign had helped promote white supremacist groups and causes.

The KKK leader repeatedly refused to tell Colmes whether Trump would benefit white people if elected, but he praised the GOP candidate's proposal to build a wall at the U.S.-Mexico border.

"I do not want the demographics of this country to change, that is correct," Robb said.

Colmes asked the Christian Identity pastor whether he was aware his Savior was Jewish.

Robb argued that modern-day Jews were descended from Khazars, a semi-nomadic tribe that lived in western Turkey and the Caspian Basin -- a theory that historians have questioned and is often associated with anti-Semitism.

Colmes asked him again, flatly, whether Jesus was Jewish or not.

Colmes said it was indisputable that the Jesus of the Bible was Jewish by faith, but Robb refused to believe it.

Colmes said he was talking about Jesus' religion, and he pointed out that Israelite was not a religion.

Robb cited the 1976 Arthur Koestler book, "The Thirteenth Tribe," to argue that Ashkenazi Jews are descended Khazars, not the ancient Israelites -- but recent genetic testing has largely disproved that theory.

Colmes said he didn't know of any Christians who didn't accept the fact that Jesus was Jewish, and Robb said the radio host wasn't Christian himself -- "so how would you know?"

The KKK said there were "probably lots of people" committing genocide against white people, but he couldn't specifically identify the mass murderers.

But he conceded that was crime, and not racial genocide.