WATCH: BMX bike rider schools CA cop by knowing the real law -- not the 'bullsh*t' one he made up 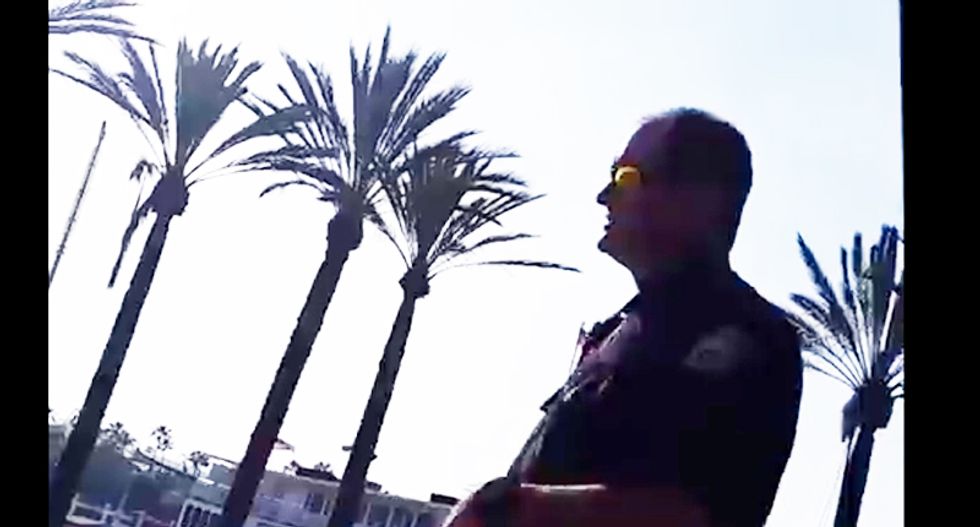 A California cop got an impromptu lesson about public park laws when a BMX rider shot down his made-up "bullsh*t" law by reciting the correct statute down to its Civic Code number.

In a video uploaded to YouTube, the officer -- later identified as Lt. Cobel -- instructs the BMX riders that they are not allowed to ride their bikes along the Rainbow Harbor Esplanade in Long Beach.

“If you’re doing tricks up here I don’t care,” the officer says in the video. “But once you get off of this, you can’t ride your bikes down here. You can pass that word along. That will keep people from complaining to me and I won’t come talk to you.”

Asked by one rider -- identified as Sean who filmed the encounter -- if the law had changed, the officer says, "No, it’s been a law for quite a while."

Sean then gave him a lesson in the applicable civic code.

“16.16.502 is the civic sectional code that states you can ride your bicycles around out here,” Sean explains. “So I don’t know what law you are referring to.”

Cobel then gets snotty, asking: “So did you get your law degree on Facebook?”

“So do I have to have a law degree to be an informed citizen?” the BMXer replies. “Is that what you’re saying? Is it wrong to know your rights? Last time I checked, when officers come and try to invalidate your rights by telling you bullsh*t laws and enforcing their opinions, that’s not what you are supposed to do.”

After calling it "harassment" to the officer's consternation, Sean adds, "Your opinion is irrelevant. The law states we can ride our bikes. Now do you have anything else to say or are you going to leave us alone?” after which the officer strolls away with a "Have a nice day."