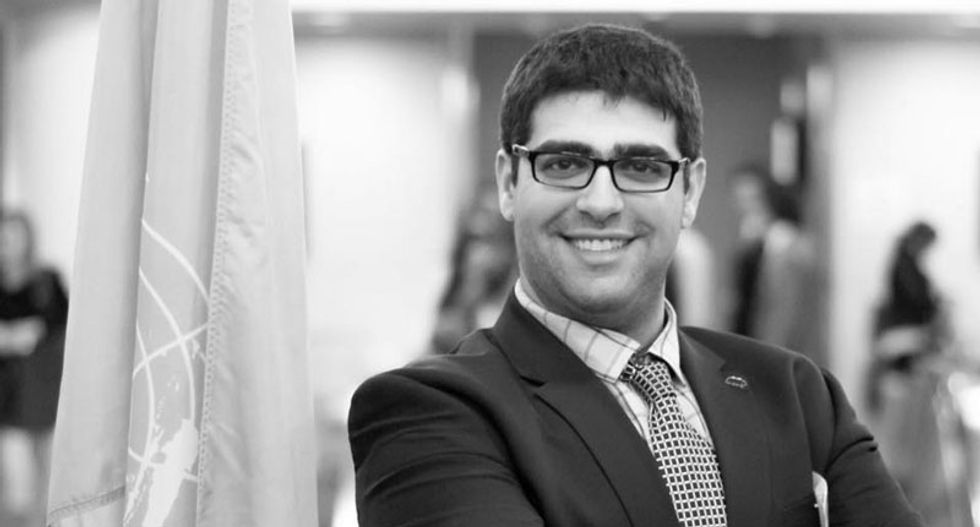 A UC Berkeley student whose family fled Iraq in 2002 after his diplomat father was killed under Saddam Hussein’s regime, was booted from a Southwest Airlines flight and questioned by the FBI after another passenger heard him speaking Arabic, NBC Bay Area reports.

In a story originally reported in the Daily Californian, student Khairuldeen Makhzoomi, 26, states he was flying home from attending a dinner at the Los Angeles World Affairs Council with Secretary-General of the United Nations Ban Ki-moon when he stopped to make a call to an uncle.

Makhzoomi explained that conversation was conducted in Arabic and, as he said goodbye, he used the phrase “inshallah,” which translates as “if God is willing.”

The student said that after hung up, he noticed a female passenger looking at him who then got up and left her seat.

“She kept staring at me and I didn’t know what was wrong,” he explained. “Then I realized what was happening and I just was thinking ‘I hope she’s not reporting me.’”

Moments later an airport employee asked Makhzoomi to step off the plane and onto the passenger boarding bridge where he was greeted by three security officers.

After pointing out the incident was rooted in Islamophobia, the student was told he would not be allowed to get back on the plane as he heard one of the security officers speaking with the FBI.

“At that moment I couldn’t feel anything,” he said. “I was so afraid. I was so scared.”

“That is when I couldn’t handle it and my eyes began to water,” he said. “The way they searched me and the dogs, the officers, people were watching me and the humiliation made me so afraid because it brought all of these memories back to me. I escaped Iraq because of the war, because of Saddam and what he did to my father. When I got home, I just slept for a few days.”

Makhzoomi said after the FBI arrived they questioned him about his family, and about his phone call and what he knew about martyrism.

After the interrogation was over, an FBI agent informed Makhzoomi that Southwest would not fly him home. He later booked a flight on another airline, arriving home nine hours later than expected.

According to a spokesperson for Southwest Airlines, the student was removed because crew members decided to "investigate potentially threatening comments made onboard our aircraft."

"All I need is an apology to say, 'We are sorry we singled you out because [of] one person who felt threatened,'" he said.