Tom Cotton: Americans re-elected Obama to nominate justices — but they elected me to stop him 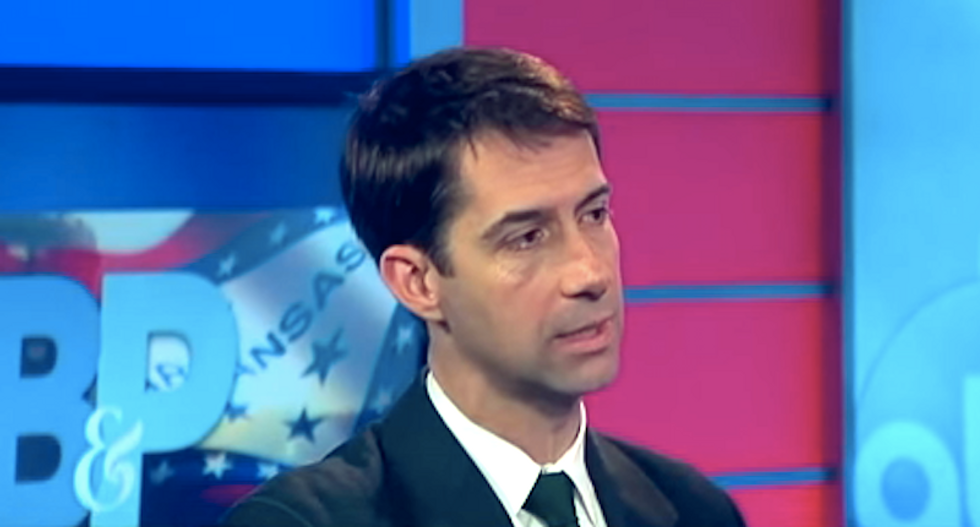 The first-term GOP senator appeared Sunday on KATV's "Talk Business & Politics" program, where he insisted the delay was not simply partisan foot-dragging to prevent the Democratic president from fulfilling his constitutional duties.

"This is not a stall tactic simply to stop President Obama from making a decision, this is a decision to let the American people make that decision," Cotton said.

The Arkansas senator mainly toed the GOP party line, arguing that Obama should not name a replacement for the reliably conservative Scalia during a presidential election year.

"I think it's important that we let the American public decide," Cotton said.

Obama has argued that Americans did decide who should nominate Supreme Court justices when they re-elected him three-and-a-half years ago -- but Cotton sees things differently.

"They've rendered something of a split decision in the last two elections," he said. "In 2012, they did elect President Obama, in part to nominate justices and judges, but in 2014 they elected me and a net nine new Republican Senators, in part, to say: 'Stop. Stop to the Obama agenda.'"

Cotton argued that was reason enough to deny Obama his constitutional responsibility to name justices to fill the U.S. Supreme Court.

"They'll have a choice in just a few months to fill not just the White House and the Congress, which is rare enough, but also to decide who is going to control the balance of power on the Supreme Court," Cotton said. "I don't think there's any reason to rush into that decision."