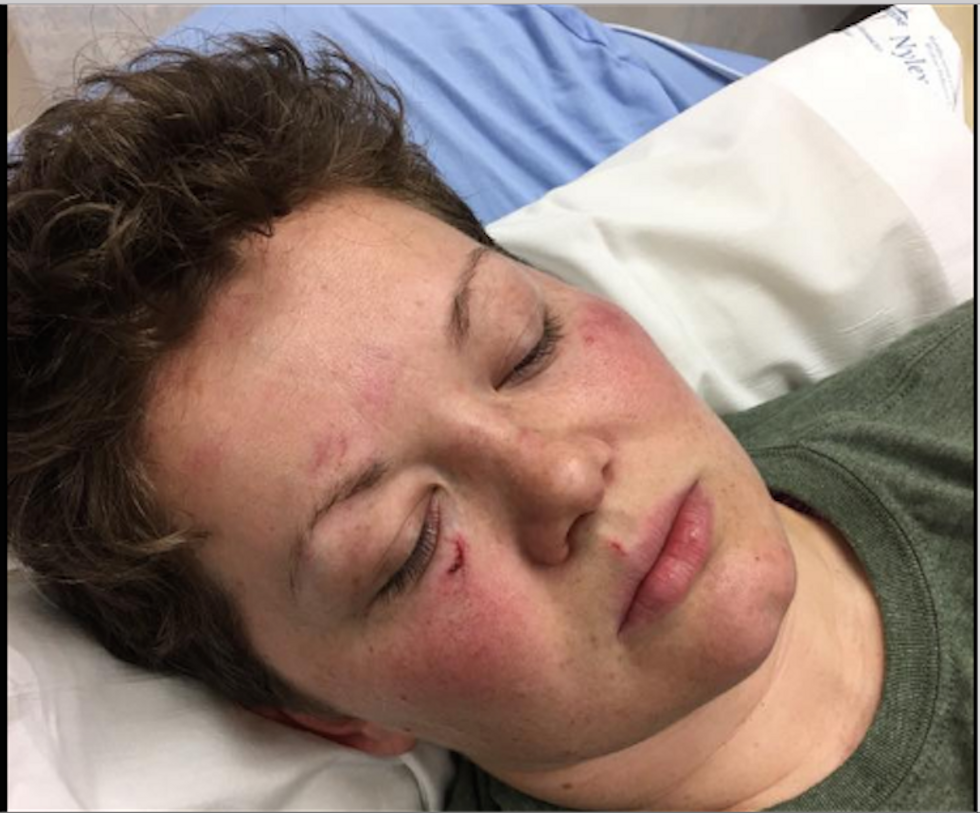 A Paintsville, Kentucky woman said that she was attacked and brutally beaten on Thursday for looking too masculine.

In a post on her Facebook timeline, Brittany Nicole Wallace wrote, "Today I was assaulted. A man assaulted me because I look like a 'dike'! He told me that he would 'beat me like the man I want to be.' He said, 'people like me make him hate the world.'"

"He started by hitting me over and over in the face until he got me down," Wallace wrote. "After I was down he began to kick me in the stomach, side, and face."

Wallace said she tried to fight back, but her attacker was bigger and stronger. Bystanders, she said, never even lifted a finger to help.

"The sad part is that no one would come help me either. Several people stood around and watched this happen to me. Again, I truly believe that if I had a more feminine appearance someone would have helped," she wrote.

"This has not only physically but mentally and emotionally damaged me. I will do everything I can to try to put a stop to this hate and violence," she went on. "I love people and try to help people all the time. All I ask if you read this is to please stop the hate, and help people when you see them getting hurt verbally, emotionally and physically!"

Anti-LGBT violence is on the rise in the U.S. as conservatives ratchet up the fear-mongering and violent rhetoric around transgender equality, public restrooms and non-existent threats to children by trans men and women.