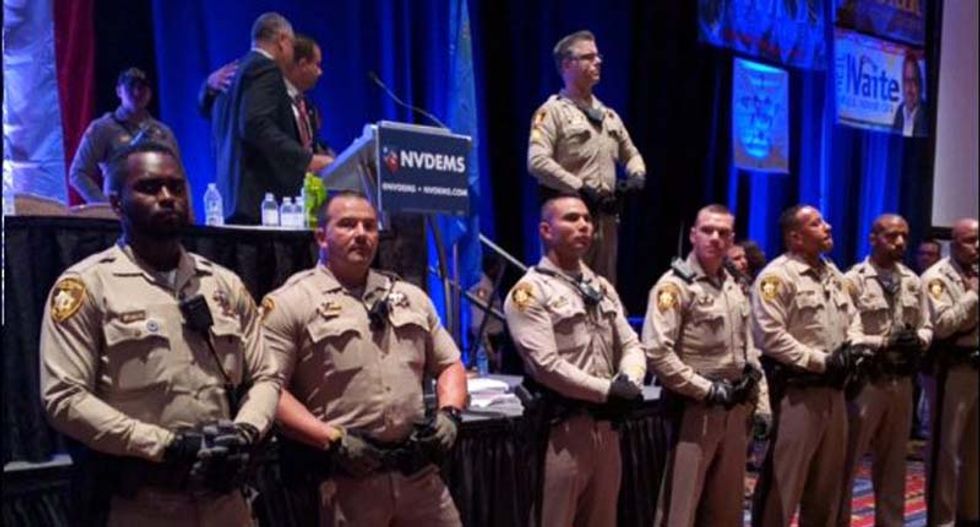 At the contentious convention, held in the Paris hotel in Las Vegas, scuffles broke out as Sanders' supporters claimed that the state party subverted the will of the voters by awarding more pledged delegates to Secretary of State Hillary Clinton.

According to the Las Vegas Sun, Clinton took 20 of the 35 pledged delegates Nevada will send to the Democratic National Convention in Philadelphia this summer.

Sanders supporters -- who  were slightly outnumbered by fans of Clinton -- shouted down speakers, with California Sen. Barbara Boxer called a "b*tch" as she tried to speak. Supporters of the Vermont senator complained bitterly as Democratic leaders quickly attempted to gavel the proceedings to a close.

According to the party:

There were 64 Sanders Delegates and Alternates whose validity was challenged because of the following issues:

They continued, "Of these 64 Delegates and Alternates, six were allowed to be seated after their appropriate information was provided and 58 were denied because of the reasons outlined above."

The party also called any "insinuation of unfairness ... totally inaccurate," saying they were abiding by rules unanimously set forth by the Credentials Committee.

Watch video from the convention below: