Nevada Democrats shift the blame: Casino security made us shut down chaotic convention 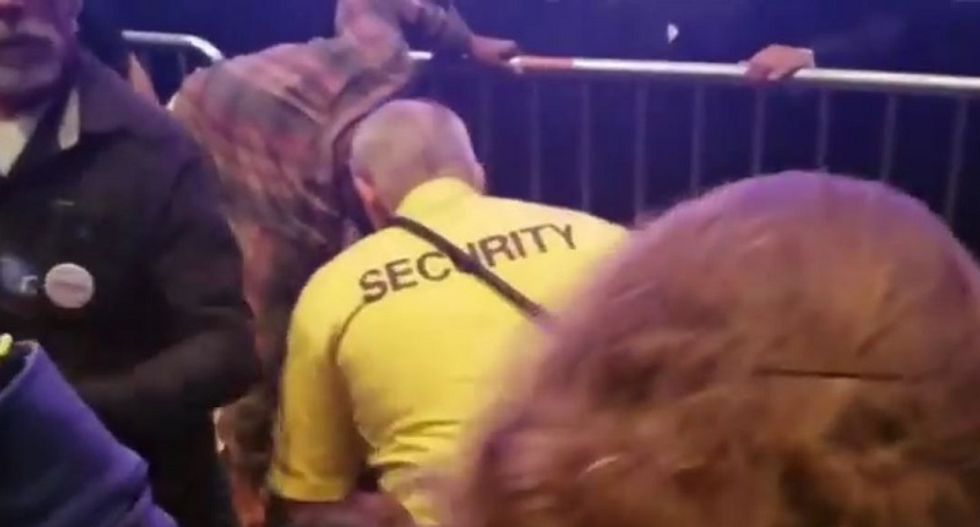 Someone down at Nevada Democratic convention (Screenshot/YouTube)

Responding to criticism over why a contentious state convention was brought to an abrupt end Saturday night as attendees battled over delegates, the Nevada State Democratic Party claims they were told to shut it down by the host casino which said it would no longer provide security.

Saturday night's convention to apportion the last 12 delegates to the nominating convention in Philadelphia grew heated after the officials refused to seat 58 Sanders delegates because they lacked the proper documentation. The evening ended with Las Vegas police officers forming a wall before the dais while angry Sanders supporters shouted at the Democratic officials as they scurried off the stage.

In a statement from the state party given to KOLO, the convention at the Paris hotel on the Las Vegas strip was supposed to have concluded at 7PM and that at 10PM the casino told them to shut it down, calling attendees "unruly and unpredictable."

"At approximately 10:00 p.m. on Saturday night, the Director of Security for the Paris Las Vegas Hotel informed the State Party and representatives from both presidential campaigns that the property could no longer provide the necessary security under conditions made unruly and unpredictable," the statement read. "Paris Las Vegas Hotel security requested a prompt conclusion to the event.

The statement added that the convention was called to a close after accepting a motion to: "adopt and elect the State Central Committee pursuant to the rules and as submitted by the county party chairs. This allowed the State Party to properly adjourn the State Convention.”

Ralston reports that she has been receiving "a flood of nasty calls."