'Never Trump' Republican mocks Fox's Bolling: 'You're on the establishment side now, Eric' 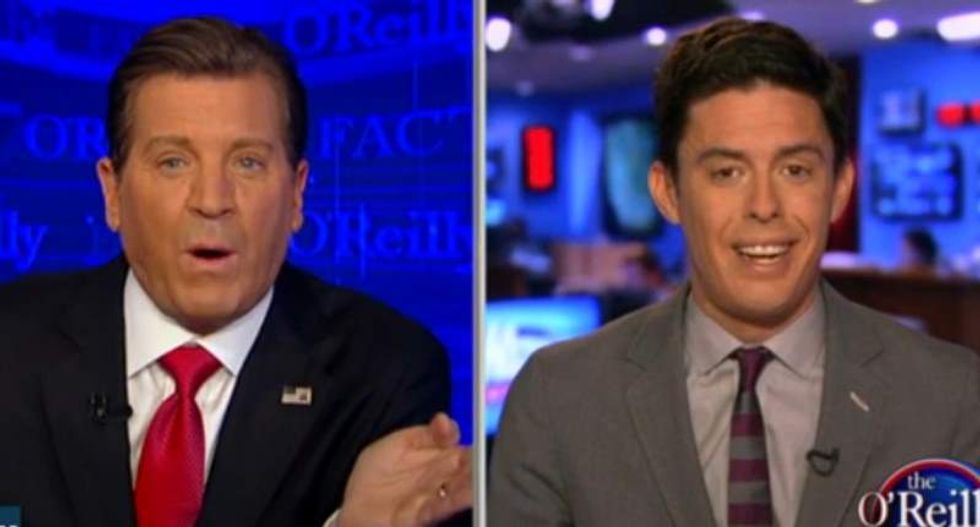 A conservative who said he is part of the "Never Trump" movement called out Fox News host Eric Bolling on Friday night, saying the roles have been reversed within the Republican Party.

"You have the GOP elites in Politico this morning saying they're getting behind [Donald] Trump, including the donors," said Tim Miller, a former spokesperson for Jeb Bush. "You're, in primetime on Fox, behind Mr. Trump, so now you guys get to be part of the establishment and I get to be the principled outsider."

"I'm just reporting here, Tim, I'm not behind anyone," said Bolling, who was filling in as the host for The O'Reilly Factor. "I'm just pointing out that [Bush] didn't work out as the establishment candidate. It didn't work out as the anti-Trump candidate. When are you guys gonna realize that a 'no' vote for Trump equals a vote for Hillary Clinton?"

Bolling did not point out that his support for Trump has led to criticism from colleagues Greg Gutfeld and Dana Perino, with Perino accusing him of "pandering" to the presumptive Republican nominee in order to gain a spot on his show Celebrity Apprentice.

Instead, he accused Miller of wanting to sabotage the GOP.

"So Donald Trump is a bigger enemy to you and your establishment buddies than Hillary Clinton," Bolling argued.

"Remember, you're on the establishment side now, Eric," Miller said with a laugh. "I get to be the outsider."