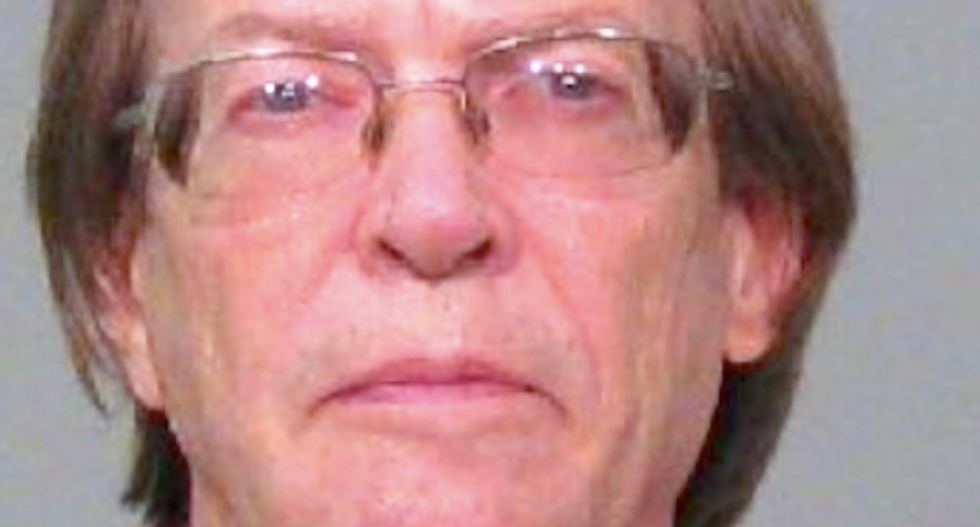 A black South Carolina man stopped into a barbershop for a quick shave -- but the owner pulled a gun on him and said he doesn't "do black hair."

Arthur Hill stopped into the Rock Hill barbershop, which he'd never visited before, on his way to work this week because he works around food and isn't allowed to have facial hair, reported WCNC-TV.

He asked owner Larry Thomas for a shave, and that's when things got weird.

Hill said he asked the 65-year-old Thomas to clarify what he meant, and the barber drew a gun on him.

"I said, 'Are you referring to African American hair?'" Hill said. "He said, 'Yeah,' and at the time I noticed he already had his hand gripped on a .38 snub nose chrome revolver."

Hill said he left the barbershop and contacted the York County Sheriff's Office.

"I was shocked, I was shocked for my life, because I'm thinking that could've been me laying on the floor dead," Hill said. "He did not point it at me, but it was clear in sight like he meant business."

Thomas was arrested and charged with pointing and presenting firearms at a person, and he spent Tuesday night in jail.

He returned to work Wednesday and explained his actions to TV reporters.

"I've had black people come in the door before and I tell them I don't cut black hair," Thomas said.

Thomas insists he did not threaten Hill, but he said the black man made him nervous.

"I felt threatened," he said.

His girlfriend said Thomas is not racist but is severely autistic, which she said prevents him from expressing himself clearly.

"He's a nice person, he would do anything for anybody," said girlfriend Jasmine Patterson.

But she admits that other customers have frequently accused Thomas of being racist because of the things he said or did.

Thomas said he's never been arrested for denying service to black customers, but the racist policy has cost him some regular customers -- such as Victoria Erwin, who referred a black friend to Thomas.

"He walked in and he didn't even have one foot in the door and this man did say, 'I don't do black people's hair,' and they were very shocked," said Erwin, whose family no longer does business with Thomas.

"I've been on this earth for 37 years, and have never experienced something like this," Hill said.

Thomas is not allowed to bring his gun to work while the criminal case is pending.

The city, near the North Carolina border, is where 10 black students from Friendship Junior College were arrested on Jan. 31, 1961, and convicted the following day after they refused to leave an all-white lunch counter.

Nine of those students, who became known as the Friendship Nine, revolutionized the civil rights movement by refusing bail -- which relieved the financial burden of protest and turned some demonstrators into political martyrs.

The parents of a 15-year-old who shot dead four students at a US high school with a gun bought by his father have been arrested as a SWAT team stood by after being charged with involuntary manslaughter, according to CNN

The whereabouts of James and Jennifer Crumbley, the parents of shooting suspect Ethan Crumbley, had remained unknown for much of Friday, prompting authorities in Oakland County, Michigan to consider them fugitives.