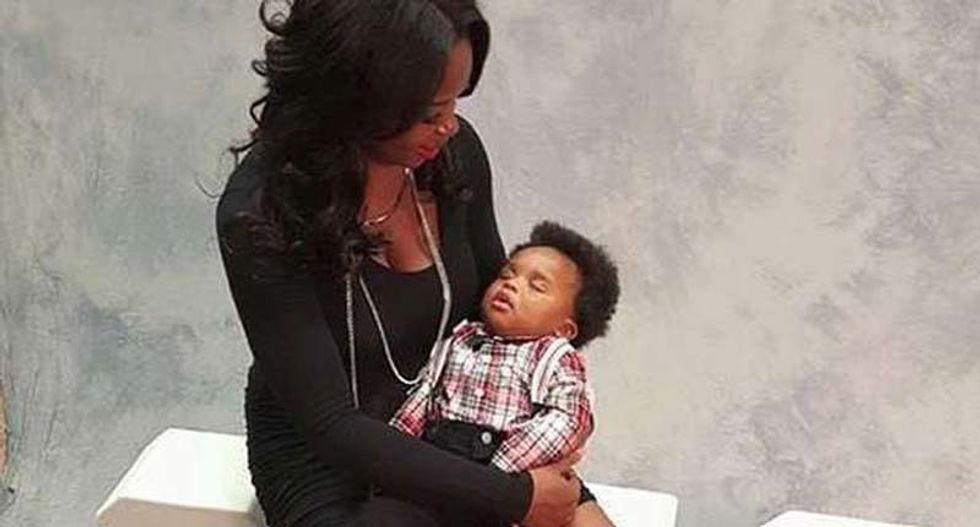 A critic of a Memphis high school that agreed to let the 1-year-old child of a murdered student accept his mother's diploma got a lesson in decency -- and grammar -- after the school's principal hit back with a blistering response on Facebook.

According to Atlanta Black Star, Principal Alisha Coleman-Kiner of Booker T. Washington High School in Memphis responded to a letter attacking the school for letting Myneisha Johnson's son, Kylan, receive his mother's diploma after she was shot and killed a week before she would have graduated.

"The death of any young person is tragic. But to allow someone else to walk across the stage to accept her diploma is one thing but then give it to her young infant is another. What are you thinking?" wrote Kelly Griffin, "The attitude and culture of the inner city youth need to change and doing this it won’t’ you’re acknowledging and celebrating this young child whose mother was tragically killed when in all fairness probably should have been home taking care of that young infant who now has no mother and quite frankly don’t know who this father is."

"Food for thought," she concluded.

Coleman-Kiner chose to respond to Griffin on Facebook with a withering post entitled, "Open letter to the lady who judged my baby...."

It read, in part:

Thank you so much for your unsolicited ‘food’ for thought. After regurgitating the washback you just emailed (as it was definitely not ‘food’), I offer the following appetizer, entrée, and dessert for you to consider:

Never email a high school Principal, who is also an English teacher, without checking the grammar and spelling in said email. In case no one ever told you, these errors sincerely diminish your validity.

Never send a formal email of rebuke without first “fact checking’ your claims. That’s something else your English teacher should have taught you. For example, who told you that no one knew who the father is?

Stereotyping, as a persuasive device, is an ineffective use of propaganda that allows the person using the device to draw lines around groups of ‘good’ and ‘bad’ people. When you talk about people from the 3rd person point-of-view (‘the attitude and culture of the inner city youth needs…”), you turn those people into objects, which can then strip them of human rights. Side note: I had my first college degree and had been married for some years before I had my daughter, and, even I went out every now and then – without my child. How is it that you know that my student was an irresponsible parent, again?

You have NO idea how hard my student was working to overcome every single obstacle in her life. She worked a job every day, she kept her OWN baby (we had to ask her if we could keep him), she played on the basketball team, she did well in all of her Honor’s classes, she kept up with her younger siblings and made them come to school, and, most importantly, she NEVER missed one day of school. There are other issues that she had to deal with that I refuse to share, but just know that I know a whole slew of adults who would be in an insane asylum if they had to live with one tenth of her issues.

Coleman-Kiner brought it to a devastating close, writing: "This baby has only lived one year. He will NEVER know his mother. He will only have what we have shared, the videos that have been recorded, and what people have written to begin to understand the love she had for him. We WILL add this to his treasure chest of memories."

She added, "Stay. In. Your. Lane. This sweet baby meant too much to me for me to remain professional if I receive any more emails from judgmental folk who sit in the air looking 'down' on folk they don’t deserve to sit next to."