The 5 most frightening Trump delegates we've found — so far

Presumptive presidential candidate Donald Trump has drawn a lot of passionate support from very scary people who for years have been hidden under the darker rocks of our political discourse. A lot of these rather frightening people have been selected as Trump delegates for the Republican National Convention this June, where you can be sure they'll introduce the American people to concepts such as "white genocide" and "cuckservatism."

Below, we'll go over the five craziest and scariest Trump delegates unearthed so far, although keep in mind that we're just scratching the surface and more crazy Trump delegates will likely surface in the coming weeks. 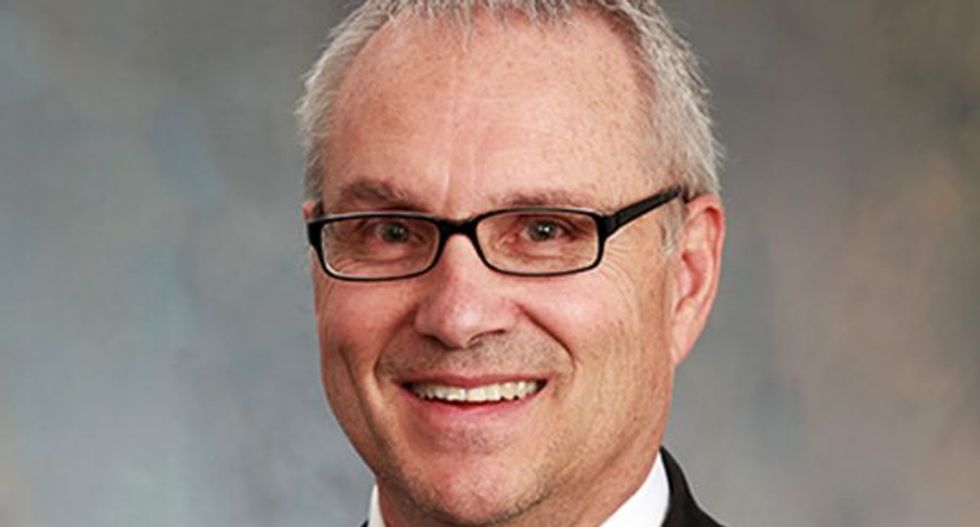 "I just hope to show how I can be mainstream and have these views," Johnson told Mother Jones. "I can be a white nationalist and be a strong supporter of Donald Trump and be a good example to everybody."

The best way to be a good example, of course, is to renounce the ideology of white nationalism, but it seems such a bridge was too far to cross for Johnson. 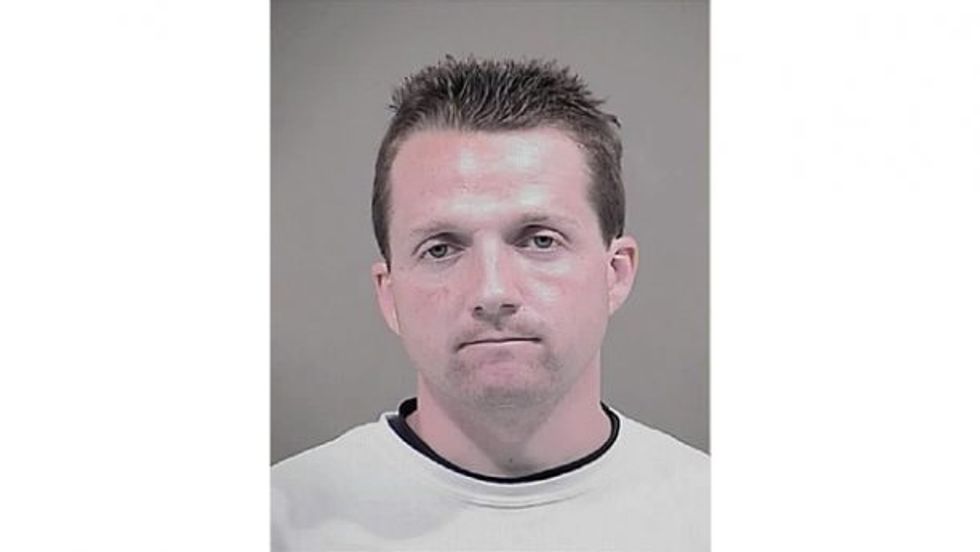 Bailey just made news today when he was indicted on charges related to illegal transport of explosives, possession of a machine gun and child pornography. While not much is known of his political views at this time, it sounds like he was definitely a fan of the 2nd Amendment given that Bailey allegedly sent a package to an unidentified man in Wisconsin that included 119 rounds of reloaded .50 caliber cartridges with M48A1 incendiary projectiles, and 200 rounds of 14.5mm M183A1 spotting projectiles that contain an explosive charge.

That alone was enough to get Bailey a stiff prison sentence, but when you add in the fact that cops also found him in possession of child pornography, the only place he'll be watching this year's RNC will be behind bars. 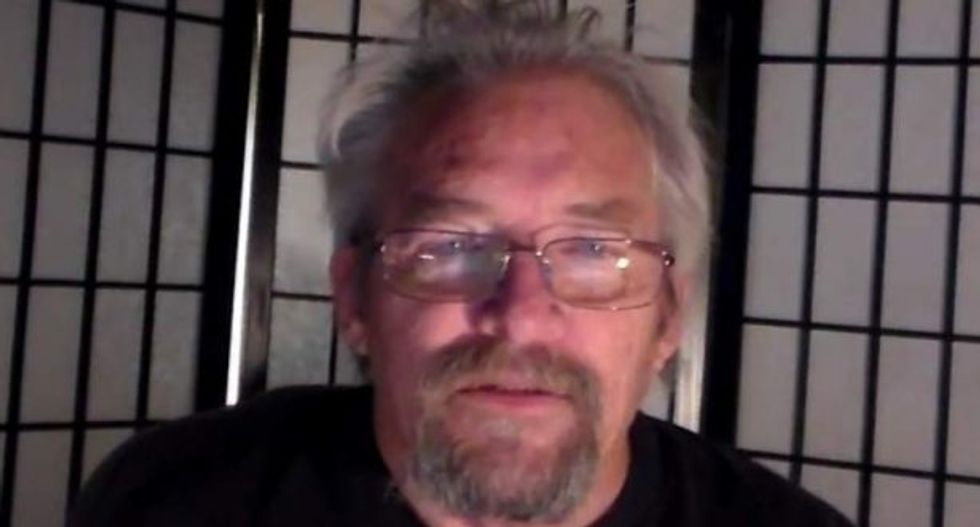 YouTube pastors don't exactly have a reputation for emotional stability and Pastor Guy St. Onge is no different. The pastor, who stepped down as a Trump delegate earlier this month, has posted messages on social media that showed support for killing Muslims.

"Allah SUCKS, Mohammed SUCKS, Islam SUCKS, Any of you Hadji’s have an issue with me saying this, PM me and I’ll gladly give you my address," he wrote on his Facebook page. "You can come visit me, where I promise I will KILL YOU In my front yard!!"

In another post on Tumblr, he wrote that "Barack Hussein Obama and his tranny wife Michelle hates the U.S.A.!"

In other words, he sounds like a regular angry Trump Twitter egg who just happened to get chosen to be a delegate at the RNC. The party must be so proud.

As someone who is ridiculously rich, libertarian PayPal cofounder Peter Thiel is by far the most respectable person on our list, but he's just as insane as all the other guys we've mentioned so far.

After the 2008 presidential election, for instance, Thiel said he lost faith in American democracy for two big reasons: Over the past century too many people went on welfare and women got the right to vote. Since welfare recipients and women are “two constituencies that are notoriously tough for libertarians,” Thiel reasoned, then “the notion of ‘capitalist democracy’” has become “an oxymoron."

To get away from the horrors of women voting themselves big welfare checks with his money, Thiel plunged more than $500,000 into a hilariously bone-headed “Seasteading” project in which he and his fellow rich libertarians would flee American democracy and create their own floating Galt's Gulch on a series of high-tech ocean platforms.

It seems now that Donald Trump is on the scene, however, his faith in the ability of boorish rich assholes to win presidential elections has been restored. 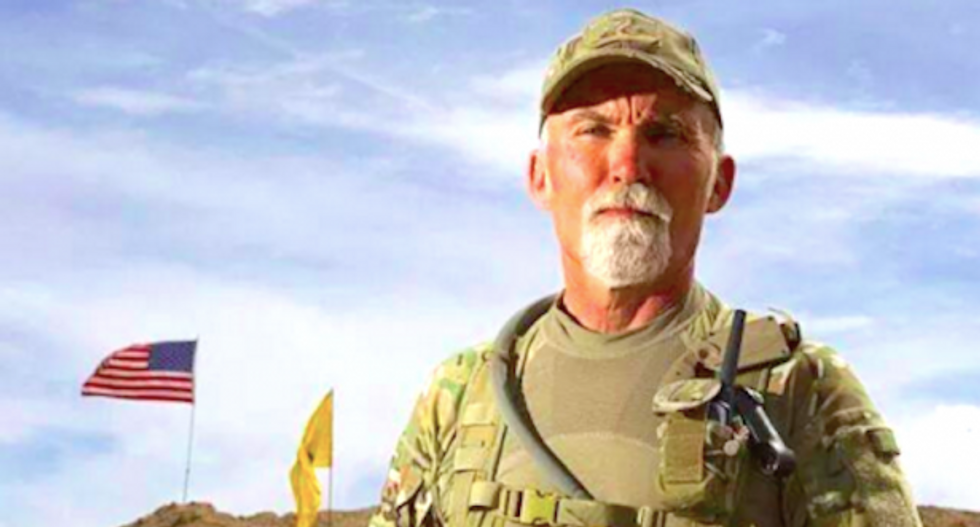 DeLemus is still listed as an alternate Trump delegate for New Hampshire despite the fact that he's facing trial for allegedly helping to organize a high-profile armed standoff with federal agents at the ranch of Cliven Bundy in 2014. Previously he'd served as a co-chair for the New Hampshire Veterans for Trump coalition and he has been known in the past for antagonizing Muslims by trying to organize a “draw Mohammed” contest.

He's also been known to rip into the idea that lawmakers should behave civilly toward one another and believes that they'd be beating each other up if they were truly being honest about how they felt.

I can't imagine why he's attracted to the Trump campaign, can you?