Trevor Noah hammers 'fish monster' Ted Cruz: 'Where the f*ck were you the past nine months?' 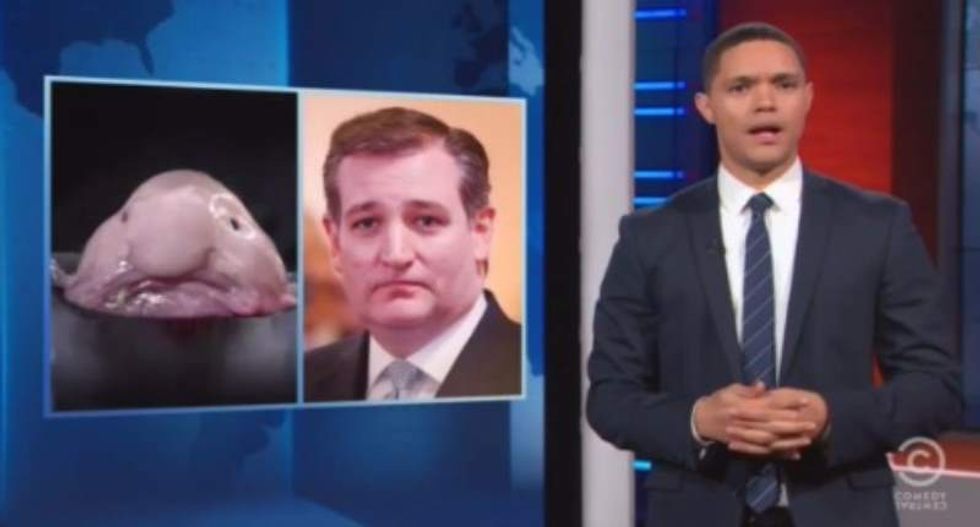 "If this is really what you think of [Donald] Trump, then where the f*ck were you in the past nine months, when saying any of that might have mattered?" Noah demanded after showing footage of the senator finally denouncing Trump as a "pathological liar" after the GOP front-runner tried to spread a debunked rumor linking Cruz's father Rafael to Lee Harvey Oswald.

Cruz's fiery defense of his father, Noah pointed out, came after repeated instances in which he neglected to attack Trump or his "bold, brash voice."

But instead of helping him beat Trump for the Republican nomination, the host suggested, Cruz's deference toward Trump got him nothing but scorn from the real estate mogul's fans in Indiana even before Trump won that primary, with one refusing to let Cruz even make a point regarding a Trump interview with the New York Times editorial board, choosing instead to bellow "Lyin' Ted!"

Noah noted that another man called Cruz a "fish monster."

"It's like he's got Trump Tourettes," Noah said of the latter. "It really shows you how out-of-touch Cruz is: he's bringing up the New York Times editorial board to a guy who looks like he sells loosie cigarettes at the Gathering of the Juggalos."