‘You could use Old Faithful to pitch Viagra’: Our national parks are now for sale to corporate donors 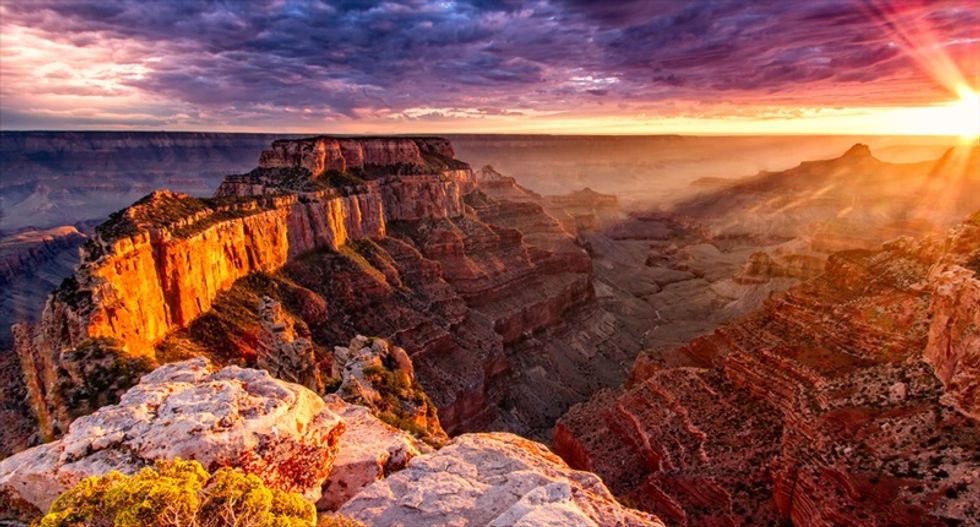 The National Park Service is opening the door to corporate sponsorship by expanding the definition of philanthropy.

Corporate sponsors won't be able to place advertising or marketing slogans at the 411 national parks, but they will be allowed to prominently display their logos and gain naming rights for some features in return for their gifts, reported the Washington Post.

Proposed new rules -- which are set to go into effect later this year -- will allow corporations to design and build park buildings and operate them over the long term, and some donors will be granted naming rights to park programs, positions and endowments.

Jeff Reinbold, the park service’s associate director for partnerships and civic engagement, proposed the new rules in March to respond to donors who perceive the government as too slow to complete deals.

The public will be allowed to make donations, as well, either through crowdsourcing or online fundraisers -- which could potentially lead to "Boaty McBoatface"-style shenanigans.

But the new rules will also allow corporations that are in litigation with the Interior Department, the park services's parent agency, to donate as long as the disputes don't involve a national park.

The park service faces an $11 billion backlog in maintenance projects, with little indication that Congress will boost funding.

Critics say the corporate partnerships will commercialize national treasures and even threaten their existence.

“You could use Old Faithful to pitch Viagra,” said Jeff Ruch, executive director of Public Employees for Environmental Responsibility. “Or the Lincoln Memorial to plug hemorrhoid cream. Or Victoria’s Secret to plug the Statue of Liberty.”

He said corporate gifts could be traded for access to natural resources.

"A telecom company could say, ‘Nice mountain, we’ll make a generous donations for the right of way,'" Ruch said.

The new rules for park managers include a shift away from protecting environmental resources toward fundraising.

"Does that become a major part of the job?” said John Garder, budget and appropriations director for the National Parks Conservation Association. “Can the park service say, ‘This person’s doing an awesome job protecting bison, but they’re not raising enough money?’"