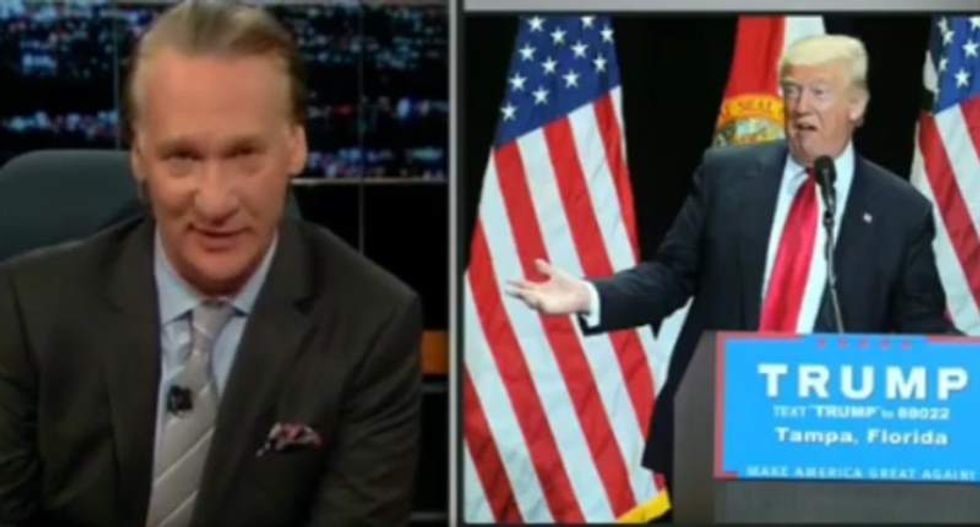 Bill Maher closed out Real Time on Friday by hammering on the apparent double standard given to Donald Trump compared to other political figures.

"Obama got endless sh*t for once saluting with coffee in his hand, violating an ancient military rule dating to never," he explained. "But Trump can say John McCain isn't a war hero? If Hillary said that, they'd be burning pantsuits in effigy."

In the year since entering the presidential race by making his way down an escalator, Maher said, Trump had only continued descending.

"When it comes to lowering the bar, he really raised the bar," the host quipped.

Maher showed clips of moments described as humongous gaffes during previous elections -- George H.W. Bush checking his watch during a debate, for example -- and noted how quaint they looked compared to Trump boasting about his genitalia while arguing with Sen. Marco Rubio.

And while Sarah Palin at least tried to pretend like she read newspapers, Maher said, Trump doesn't even do that -- he just "hears things."

"It could be from a passing mental patient; it could be the voices in his own head," he said. "When he does read, it's the National Enquirer and he refers to it as 'the paper.'"