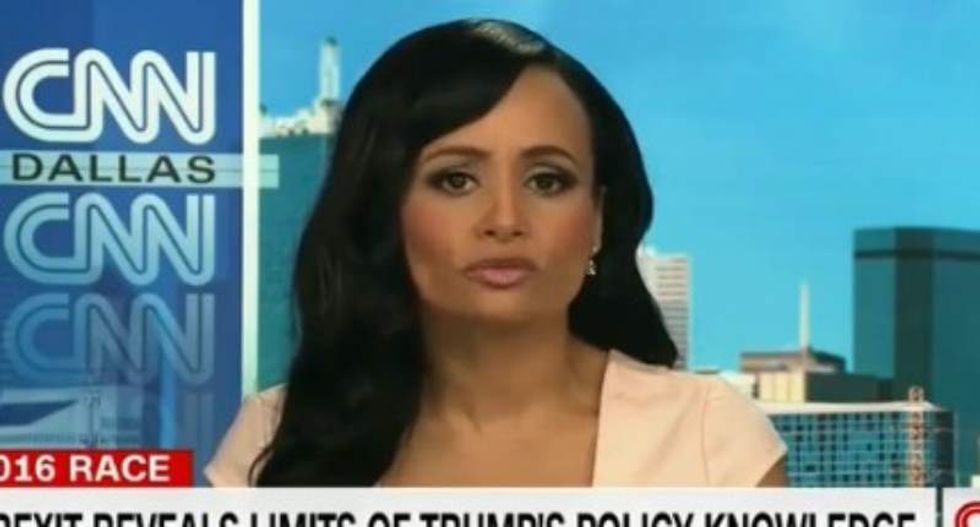 Donald Trump's campaign spokesperson downplayed some of the motivations and the reactions to Thursday night's "Brexit" vote in an interview with CNN on Saturday.

"At the end of the day, this is about the people," she told CNN host Michael Smerconish. "And you see people all over the world who are tired of being told what to do, how to do it, how much money you can make, what you can and can't eat. Enough is enough, and Brexit is just the beginning."

Pierson's statement runs counter to accounts from some voters who have explicitly said, "It's to stop the Muslims." There have also been accounts of cards reading, "No more Polish vermin" being placed in Polish immigrants' households in Huntingdon, a town in Cambridgeshire.

She also apparently overstated the amount of foresight on the part of voters who supported Great Britain's exit from the European Union.

"The people of the UK decided, 'Look, we know it's going to be a tough road. We're going to have to do all of these things, renegotiate our trade contracts. But we've cut out the middle man,'" she argued. "It might be bumpy up front, but they've done the right thing for them."

Besides causing a stunning collapse for the British pound and economic instability in several markets, several Brexit voters have expressed surprise that the non-binding initiative even passed. A petition calling for another referendum on the issue has already garnered more than 2 million signatures as of Saturday evening.

Watch the interview, as posted online on Saturday, below.