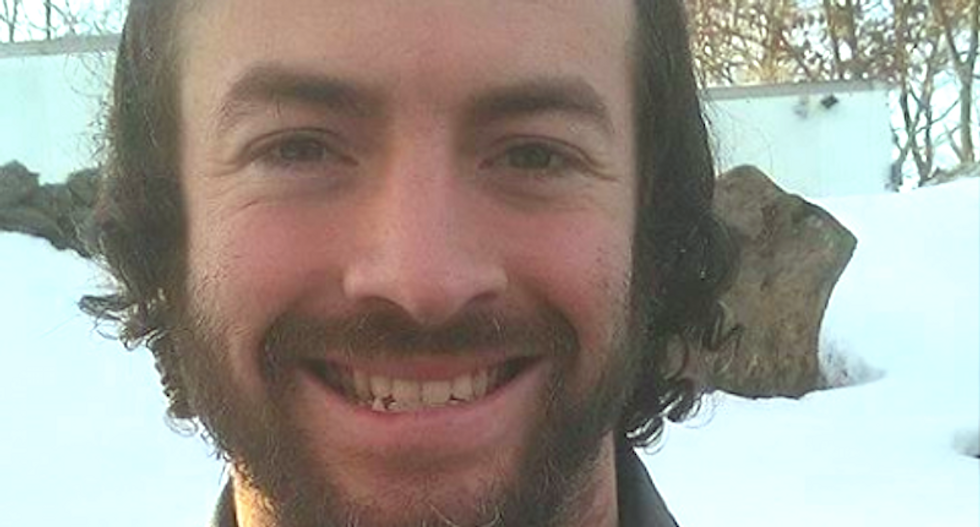 Police arrested a government-hating West Virginia man who admitted to killing three neighbors as part of an ongoing dispute.

Investigators identified 32-year-old Erick Shute, who describes himself as a "sovereign citizen," as the suspected gunman and arrested him in Chester County, Pennsylvania, shortly after midnight Tuesday, after an eight-hour manhunt.

Sovereign citizens are a loosely organized movement of tax protesters and anti-government activists who believe most government agencies act illegally and have been identified as by law enforcement as the top domestic terrorist threat.

Shute admitted to shooting the men -- who he said were drug addicts -- in a Facebook post made after the slayings.

“This was self defense," Shute posted. "I talked to a cop and he even agreed this was an open and shut case of self defense and they probably won’t even pursue charges. I am just waiting to talk to the prosecutor. I have nothing to hide. Media can contact me on my cell. I am open to talk. These guys stole over $20,000 pf oir (sic) stuff and sold it for drugs and threatened me to my face before. They even unacrewed (sic) my brakeline while I was asleep. Everyone not on drugs on the mountain hates them. These are known thieves and drug addicts.”

Authorities did not comment on whether any of Shute's claims were accurate.

But Sheriff Vince Shambaugh said Shute had filed a number of claims against the men as part of a property dispute.

The sheriff said all three victims were ambushed and fatally shot with an AR-15 rifle while clearing wood and debris from a road near Shute's property.

"He took cover behind a tree and shot these people ambush-style," Shambaugh said.

A fourth person was able to flee the shooting and was not injured, investigators said.

Shute's Facebook page shows an interest in conspiracy theories promoted by websites such as Alex Jones' Infowars, the Russian-funded RT and "The Truther Girls," and he also enjoyed the "Doomsday Preppers" reality show.

The sheriff said Shute was a "doomsday prepper" himself who was stockpiling weapons, ammunition and other supplies ahead of the "end of times," and Shambaugh said the suspect was trying to recruit others to join him.

Shute, who frequently posts sensationalized articles about police misconduct on his social media account, told investigators and others that he set up Claymore mines and other booby-traps in bunkers on his property.

A New Jersey grand jury indicted Shute in 2011 on charges of attacking a police officer and resisting arrest.

He also made news in 2009 when he hung an American flag upside-down as a "signal of distress" in Salem County, New Jersey.

He agreed to take down the flag after talking to some local veterans, saying he respected military service.

However, Shute said in a Facebook post last year that he could only support military service members if they burned down the White House.