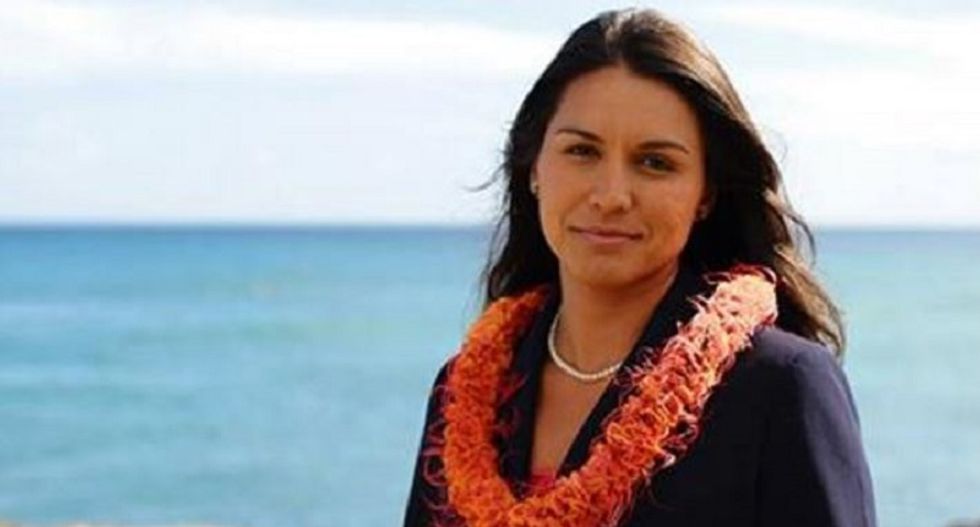 A Hawaii Democrat launched a petition on Saturday to end the party's election practice of using superdelegates, Politico reports.

“Whether you are a Bernie Sanders supporter or a Hillary Clinton supporter, we should all agree that unelected party officials and lobbyists should not have a say in who the presidential nominee of our party is,” she wrote. “That should be left up to the voters.”

Gabbard resigned as vice chairwoman of the Democratic National Committee in February and endorsed the Vermont senator.

Bitterness between Sanders and Clinton supporters marked the Democratic primary and the use of superdelegates was sometimes viewed by critics as an advantage that has unfairly favored Clinton. Meantime, Clinton has secured the number of delegates needed to secure the party's presidential nomination.

Also on Saturday, Politico reports the West Virginia Democratic party passed a resolution calling for an end to superdelegates at its convention and also calling on national party chair Debbie Wasserman Schultz to resign.

"If she does not resign in a timely manner, we call on the Democratic National Committee [to] take whatever steps are necessary and proper to remove her and install a new Chairperson," the resolution reads.