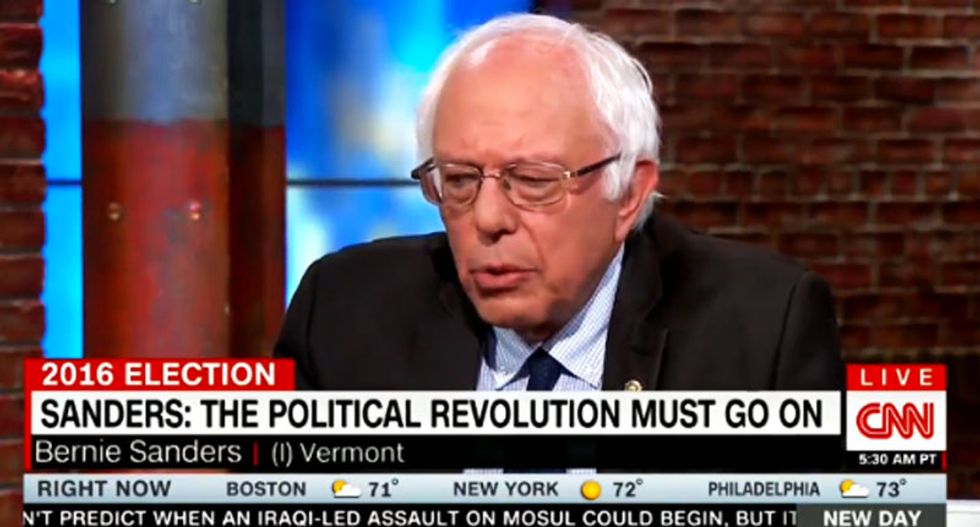 Only hours after telling the hosts of Morning Joe that he would be voting for Hillary Clinton in the November election, Vermont Sen. Bernie Sanders gave a less definitive answer on CNN to the same question, adding the caveat "in all likelihood."

Speaking with CNN host Chris Cuomo, Sanders was pressed about not directly endorsing Clinton before being asked about his vote.

"Simply stated, when the day comes in November and Sanders has to cast his vote, to whom does it go, Cuomo asked Sanders.

Cuomo asked, "When you say all likelihood, what percentage of error --?" before Sanders cut him off saying, "I don’t want to parse words right now."

Sanders went on to add that he believes "This country faces enormous crises," before adding that his campaign is working with Clinton's people. He later reiterated his claim that he would do everything he could to make sure Donald Trump was not elected president.

Who will Bernie Sanders vote for in November? "In all likelihood it will go to Hillary Clinton," Sanders says. https://t.co/6kcLznkOWV