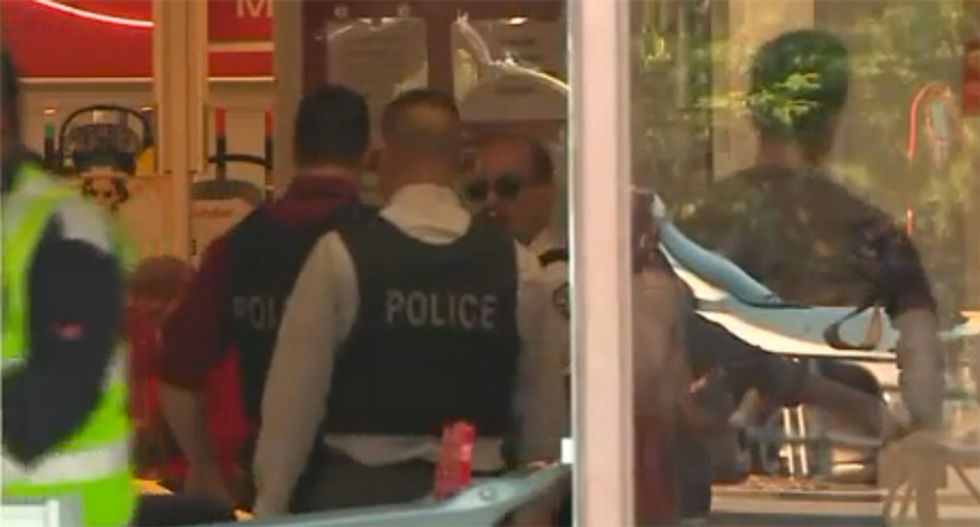 A small bomb detonated in a women's bathroom at a Target store in Evanston, Illinois, a suburb of Chicago, Wednesday afternoon. Officials are not yet sure if the bomb was related to the right-wing wrath the company has endured as a result of their bathroom policy, but investigators are looking into it.

Commander Joe Dugan told WGNT that says there were no people inside the bathroom when the explosion occurred. While it caused minor damage, no person was injured. The bomb was made with a plastic bottle but did not contain nails, tacks or other projectiles like we saw with the Boston Marathon bombing. He said that they are reviewing the security footage to find the individual responsible.

Target announced that any customer of the store could use the bathroom consistent with their gender identity. Since then, over 1,330,585 people have signed an American Family Association petition saying that they will boycott the store. Since Target announced the policy, have been several reports of protesters walking through the aisles of Target while shouting transphobic comments and citing biblical passages.