Trump uses 'his African-American' to boast about violence against protesters 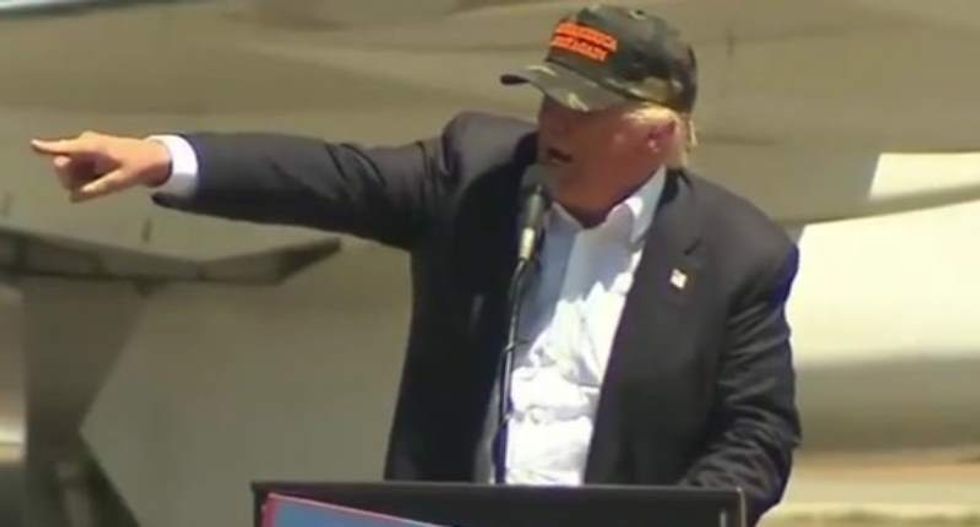 Republican presidential candidate Donald Trump used a black rally attendee in a bizarre moment during his appearance in Redding, California.

"Look at my African-American over here. Look at him," Trump said, pointing at a man in the crowd. "Are you the greatest? You know what I'm talking about?"

As Buzzfeed reported, the remark was quickly criticized online.

RELATED: Trump’s ‘African-American’ is an anti-government GOP candidate who calls him ‘Uncle Donald’

The real estate magnate used the unidentified supporter to segue into a story regarding another black fan, who he said was unfairly painted as a protester during another event.

"He's sitting there behaving, and we had protesters inside the arena. And they were dressed in a Ku Klux Klan outfit, OK? And they're running around dressed as Ku Klux Klan," Trump said. "This African-American gets up and man, he slugged these guys. By that time, their hat was off. But this guy -- a great guy, I think he was a military guy for a long time -- he slugged the guy wearing the Ku Klux Klan outfit."

Because the demonstrator had lost his outfit "runninng around," Trump said, reporters thought he was actually staging his own demonstration.

The remarks follow not only clashes outside his rally on Thursday in San Jose, but a pattern of violence by his supporters at events earlier this year, including one man who was charged with assault for sucker-punching a black man.

Trump's story about "his African-American" begin around the 30-minute mark of his speech, which can be seen in its entirety below.