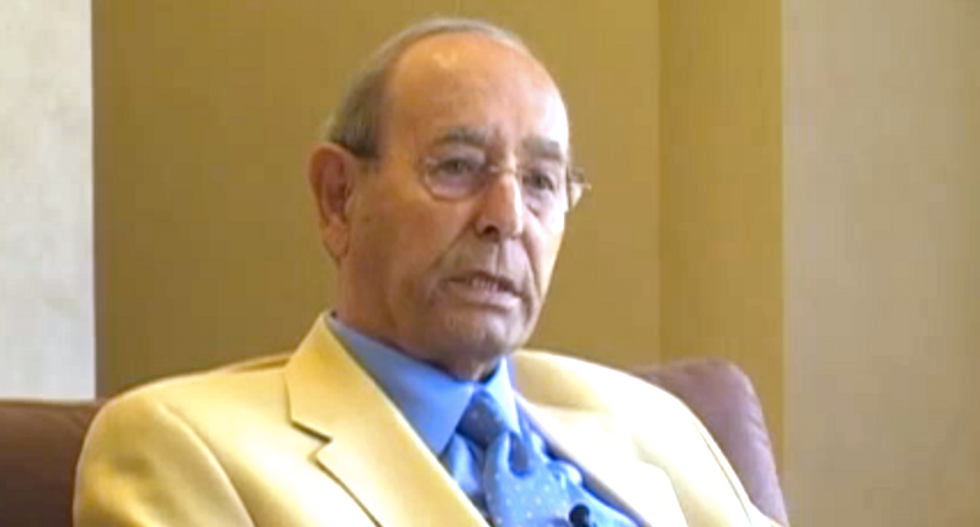 The DeVos family -- which owns the Orlando Magic -- has joined other community institutions in pledging support for a newly created fund to help victims of the Pulse nightclub shooting and their loved ones.

The family, which founded and still operates the direct-selling company Amway, plans to contribute $400,000 to the OneOrlando Fund -- but that pales in comparison to the nearly $2 million they've given to anti-LGBT causes.

If you know about Orlando Magic owner Dick DeVos' bankrolling of anti-LGBT causes, the hypocrisy will rankle you. https://t.co/8EnllGOVIA
— Dave Zirin (@Dave Zirin) 1466001261.0

Gay rights activists called for a boycott nearly four years ago of Amway and the NBA team after the Douglas and Maria DeVos Foundation donated $500,000 to the anti-equality National Organization for Marriage -- which helped shoot down same-sex marriage initiatives in eight states.

"NOM constantly defends anti-LGBT companies like its ally Chick-fil-A and its owner for hateful and bigoted comments and actions," said Fred Karger, president of Rights Equal Rights and long-shot presidential candidate who called for the 2012 boycott.

Amway co-founder Richard DeVos has given $100,000 to Florida4Marriage, which succeeded in adding a voter-approved constitutional amendment banning same-sex marriage in the state, and his foundation helped fund anti-LGBT measures elsewhere.

The Richard and Helen DeVos foundation reported a $540,000 donation in 2006 to Focus on the Family, a Colorado-based group that gave $400,000 to support Proposition 8 -- which banned same-sex marriage in California.

Richard DeVos, who bought the Magic in 1991 for $85 million, explained his anti-LGBT activism in a 2009 interview with the Grand Rapids Press.

“You live your life the way you want to live and I’ll live mine and I won’t stick my nose in yours, but don’t keep trying to change things, that’s all,” DeVos said.

His comments caught the attention of former NBA owner Donald Sterling, who was banished, fined and eventually force to sell the Los Angeles Clippers over his racist comments.

Sterling reminded NBA officials after his banishment that DeVos had made "highly controversial comments against individuals with HIV/AIDS and generously supports anti-homosexual causes."

Richard DeVos complained in the interview that he had been "hung in effigy by the gay community" since he had served on President Ronald Reagan's first AIDS commission and blamed patients for their own illness.

"I said, 'You are responsible for your actions, too, you know. Conduct yourself properly,' which is a pretty solid Christian principle," Richard DeVos said. "You've got to take responsibility for your actions. It went from there to a series of requests for special treatment."

He dismissed the push for marriage equality, which was essentially legalized in all 50 states after last year's U.S. Supreme Court ruling, as "not vital to them."

Other DeVos family members and relatives have also contributed to anti-LGBT causes.

Elsa Prince Broekhuizen, who is the mother-in-law of Dick DeVos, gave $450,000 to Focus on the Family.

Broekhuizen is the mother of former Michigan GOP chair Betsy DeVos, who is married to Richard DeVos' son, Dick -- who unsuccessfully ran for Michigan governor in 2006 and works with his wife to promote education privatization schemes.

Betsy and Dick DeVos also led the effort to place an anti-marriage amendment on the Michigan ballot and gave more than $200,000 to the successful effort to change the state constitution.

Now the DeVos family is joining the Walt Disney Co. and other Orland-area institutions in offering support to victims of this week's deadly terrorist attack.

Disney pledged $1 million to the OneOrlando Fund and offered to match employee contributions dollar for dollar, and Darden Restaurants have promised to give $500,000.

The Magic, which play in the taxpayer-funded Amway Arena, will give $100,000, as will JetBlue and the Orlando City Soccer Club.

Watch Richard DeVos discuss his views on same-sex marriage and AIDS in this interview posted online by the Grand Rapids Press: