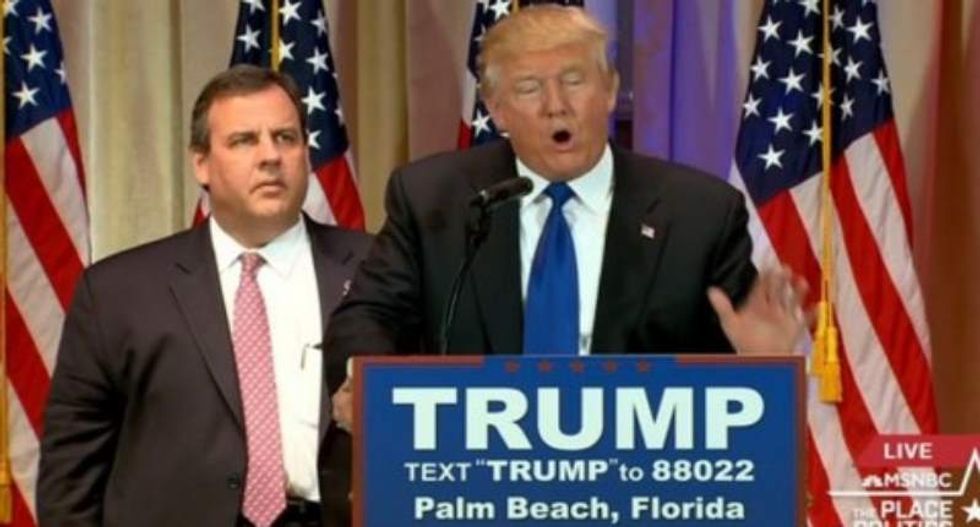 Already concerned that the face of the Republican Party on the November ballot will be businessman Donald Trump, anti-Trump delegates attending the Cleveland convention are attempting to rejigger the rules and pick their own vice presidential candidate.

According to Buzzfeed, which has obtained a draft proposal of a rule change, the proposal will be submitted to the Rules Committee meeting next week ahead of the convention.

Vice presidential picks by the nominee are generally rubber-stamped in normal election years, but Trump's candidacy and the resulting dismay of establishment Republicans concerned about a November wipe-out, has made GOP delegates and party elders consider drastic measures.

If Trump can't be stopped -- and efforts are underway in those endeavors too -- then the anti-Trump faction hopes to pick a vice presidential candidate who is not only more palatable to conservatives, but can step in should the unpredictable Trump step aside or quit.

Under the current rules, a candidate has to win the support of the majority of delegates in eight states to be considered for the nomination.

Changes include deleting a clause that states “a motion to nominate for such office by acclamation shall be in order and no calling of the roll with respect to such office shall be required,” if only one nominee is put forward.

The proposal also lowers the threshold for a nomination to be submitted, requiring the proposed vice presidential candidate to only need the support from a majority of delegates from three or more states.

A new clause would call for a re-vote if a candidate fails to garner two-thirds in the first round of balloting, opening it up to a candidate who would only need a simple majority of votes.

The source told Buzzfeed that the lowered threshold is “high enough to weed out crazy people, while low enough to let a few states come to terms” with a candidate.

The Republican nominating convention is set to convene in Cleveland on July 18.