CNN Trump surrogate mocks Kaine's Spanish: I might have to brush up on my 'Dora the Explorer' 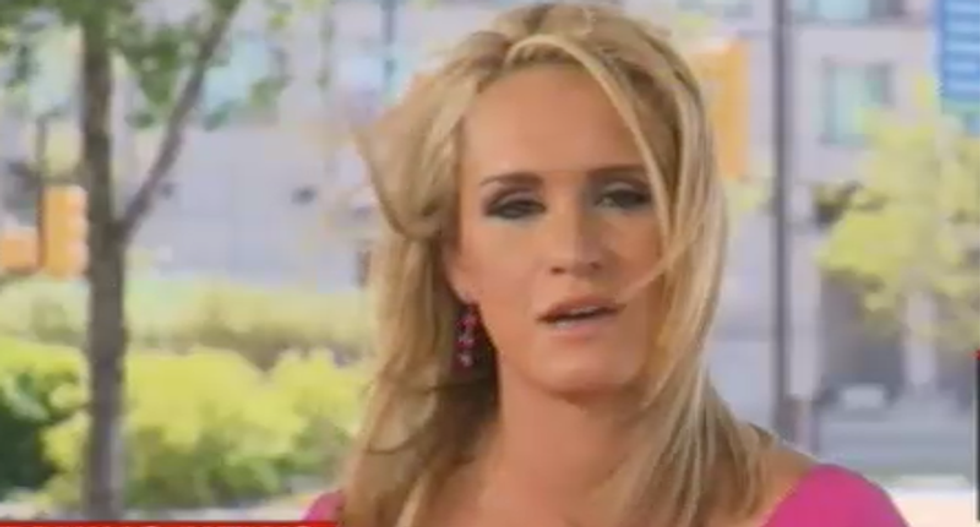 CNN commentator and Donald Trump supporter Scottie Nell Hughes was not happy with the Spanish she heard coming out of Hillary Clinton's new vice presidential pick's mouth at a rally in south Florida Saturday.

Former Virginia governor Tim Kaine was named Friday as Clinton's running mate and the campaign touted his time as a missionary in Honduras where he learned to speak fluent Spanish.

"I appreciating him having multi-cultural and speaking Spanish, I think that's a great idea," Nell Hughes said. "And we can all bring out our languages. Melania can come out and speak her five different languages as well, but what Mr. Trump did, he spoke in a language that all Americans can understand. That is English!"

Nell Hughes went on to say that Trump's English is "one good thing" she experienced at the Republican National Convention this past week. "I didn't have to get a translator for anything that was going on at the RNC this week. And I'm hoping I'm not gonna have to start brushing up back on my 'Dora the Explorer' to understand some of the speeches given this week."

She claimed Kaine's Spanish was what stuck out to her the most.

Nell Hughes has been mocked mercilessly on Saturday Night Live after taking the spot on CNN. “As a woman I like Donald Trump, but as a full-blown nutjob, I friggin’ love him!” said Cecily Strong as Hughes.