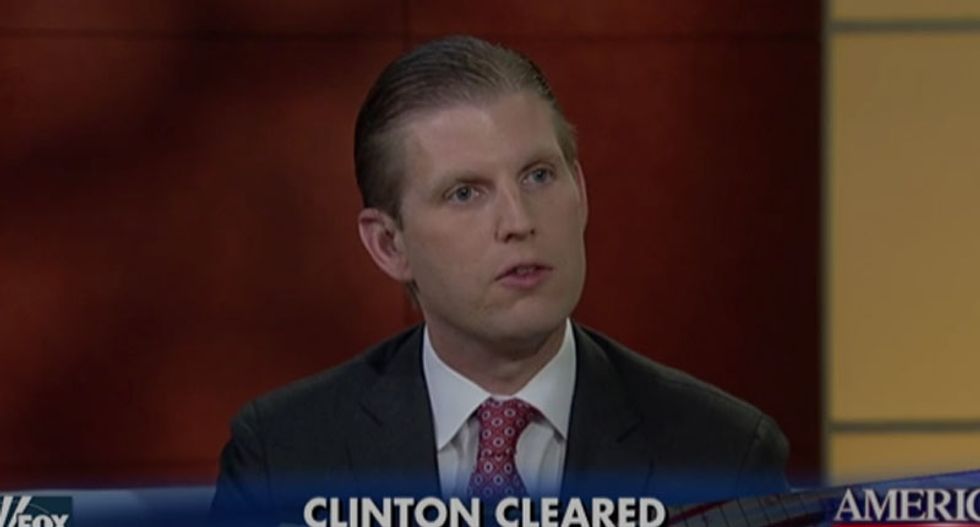 If elected president, GOP candidate Donald Trump may keep his cabinet "all in the family," so to speak, with his son Eric Trump vouching for sister Ivanka as vice president on Thursday, according to Politico.

Donald Trump has been mocked for raving about his daughter's beauty and even saying he would date her if they weren't related.

Doocy wanted to know if Ivanka Trump would be 35 years in age, the cut-off to legally serve as vice president.

Host Ainsley Earhardt said Ivanka Trump has the "business sense" for the position, to which her brother responded, "She's amazing.

The younger Trump also responded to criticism that his father is anti-Semitic after a storm of controversy erupted over the weekend surrounding his tweet that showed a Star of David with a backdrop of $100 bills, calling his rival Hillary Clinton corrupt.

"You know, it's interesting. My sister is Jewish," Trump said. Ivanka converted to Judaism for her marriage to Jared Kushner. "My brother-in-law is Jewish. We hire more Jewish people in our organization than anybody. I mean, half of our organization is Jewish. I hear these claims, and it is so ridiculous, and it is really the worst part of politics."

Watch the video, as posted by Fox, here: