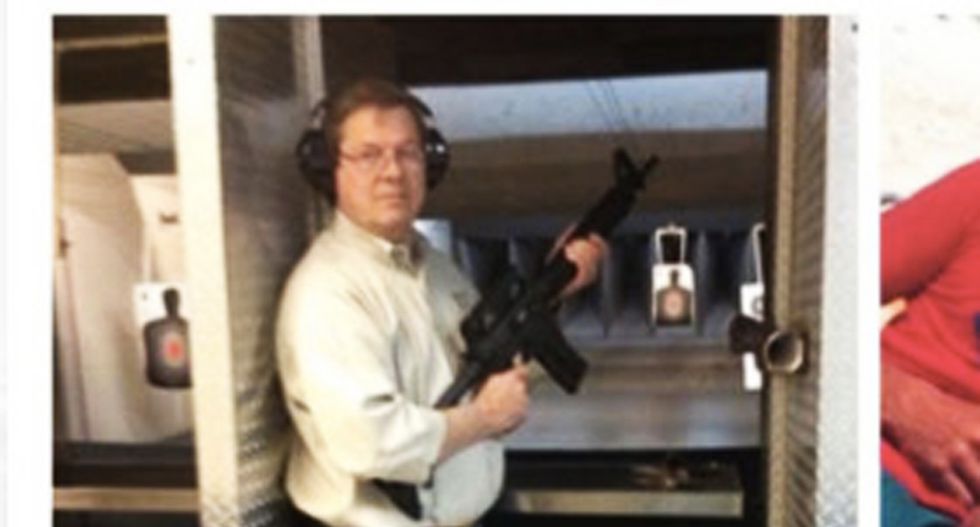 An organization representing over 200 St. Louis minority law enforcement officials is calling for the dismissal of a local Fox reporter after he mocked the mother of Michael Brown, killed by a police officer in 2014.

Under an article titled, "Michael Brown's Mother To Speak At DNC Convention -- After She Robs and Beats Her Mother-in-Law," Hughes responded to a comment by St. Louis police officer Lt. Jerry Foster who wrote, “Why not let them speak. It is the Democratic Criminal Party. How fitting,”

Hughes had his own take on Brown's mother, Lezley McSpadden.

“She’s going to talk about the new lead diet she’s endorsed. Five servings and you can lose 200 lbs in two years easily,”  he wrote.

On Tuesday, the Ethical Society of Police blasted not only Hughes, but also Foster and other St. Louis officials who "liked" the comment on the site.

“The reference to ‘lead,’ the loss of ‘200 lbs in two years,’ and other words in this statement are a clear reference to Michael Brown being shot and killed by Officer Darren Wilson in 2014,” said the Ethical Society in a statement.

“The trivial manner in which Mr. Hughes refers to the brutal death of Michael Brown is disheartening," the statement continued. "We should all seek to behave in a manner that’s humane to others, especially when someone has experienced such a loss as Mrs. McSpadden and the Brown family.”

Community members who saw the post also identified several other city employees who approved of it, including retired city officers Daniel Peek and Michael Lowry and former city officer Joyce Dreste. One man who "liked" the post was Steven Burle, who serves on the St Louis police department unit that investigates officer-involved shootings.

The Ethical Society has called upon all of them to apologize to the Brown family.

As for Hughes, he deleted his posts after Fox 2 News was made aware of them and has since apologized.

“I would like to apologize for the hurtful posts I recently made on my Facebook page.  I specifically want to tell Michael Brown’s family how very sorry I am," he wrote. "As a parent, I can’t imagine losing a child and what I wrote was incredibly insensitive considering all that Mrs. Lezley McSpadden has been through. My two inappropriate posts are by no means a reflection of the views at KTVI/KPLR.  They are a news organization that prides itself on being fair. I on the other hand was anything but fair – and for that I am deeply sorry.”

Community leaders are calling for a boycott of Fox 2 unless Hughes is fired.