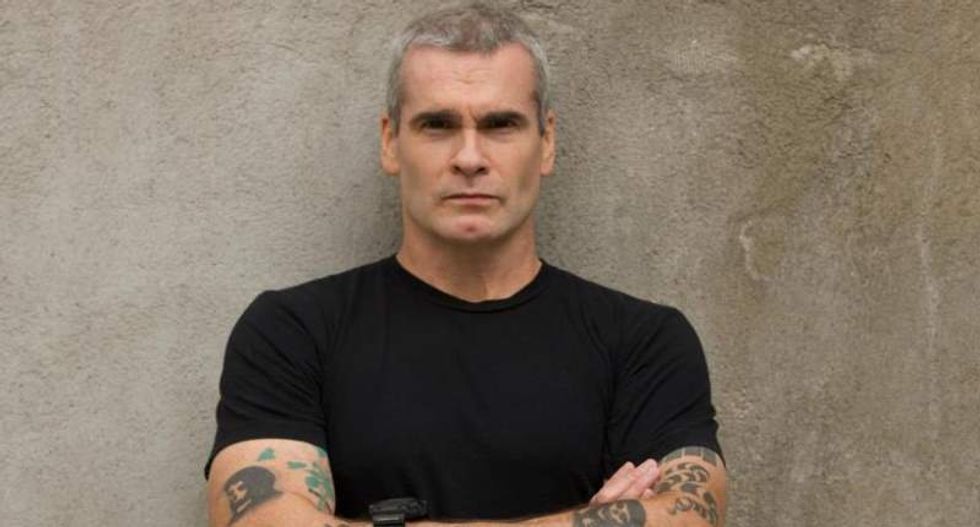 Henry Rollins took on the deaths of Alton Sterling and Philando Castile in his latest column for L.A. Weekly, but also criticized news outlets for going to former New York City Mayor Rudy Giuliani for analysis.

"The despicable litanies of willfully ignorant denial and misinformation I have heard spouted in the last several days by pieces of sh*t like Rudy Giuliani all but ensure that things will get worse," Rollins wrote.

Giuliani appeared on several news shows following both the shootings and the demonstrations they sparked, arguing that black parents should teach their children to fear other members of their communities instead of police, and saying, "I saved a lot more black lives than Black Lives Matter."

"The mainstream media outlets allow this utter crap to slide by unchallenged and, by doing so, legitimize falsehoods that could get people killed," the former Black Flag lead singer said in response. "Ratings-based, 24/7, for-profit media is the complete death of true journalism and a catapult for propaganda."

But in contrast to Giuliani's rhetoric, Rollins also addressed white privilege in his column, saying that if white Americans "would immediately and collectively lose their minds" if they had to deal with even a fraction of the experiences black Americans go through in connection with the justice system.

"I'm an educated, Caucasian, heterosexual male. Does this ensure I will have success and live the American Dream? Obviously it doesn't," he wrote. "But it damn sure drops me on second base with a great opportunity to steal third."