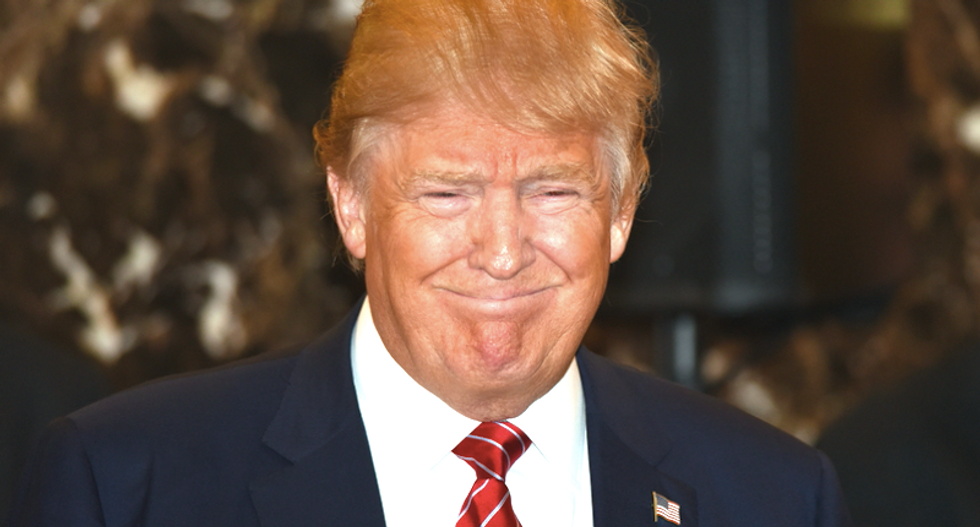 Now that Gretchen Carlson has sued Fox News chief Roger Ailes for sexual harassment, it seems Donald Trump might not have been full of shit about using explosive information to manipulate the conservative news network.

Carlson claims she was fired June 23 after 11 years at Fox for refusing Ailes' sexual advances and challenging unfair treatment by her male colleagues.

Trump won an ongoing battle with the network and its highest-rated anchor, Megyn Kelly, after boasting to a reporter that he could use damaging information as leverage against Ailes -- who had asked the real estate developer and reality TV star to help him fire a longtime employee two years ago.

New York magazine published a report in April that revealed Trump learned some bombshell information while negotiating a contentious severance agreement with Brian Lewis, who spent 17 years as the chief spokesperson for Fox News.

"If Ailes ever truly went to war against Trump, Trump would have the arsenal to launch a retaliatory strike," wrote Sherman.

Sherman -- who wrote about Ailes and Fox News in his book, "The Loudest Voice In The Room" -- has reported that Lewis was one of the most powerful figures at the conservative news network and one of the few senior executives who could challenge the chairman and CEO of Fox News and the Fox Television Stations Group.

Ailes fired Lewis, who had followed him from CNBC to the network that ultimately became MSNBC and then to Fox News, over alleged “financial irregularities” after accusing his longtime PR advisor of serving as a source for Sherman's book.

Lewis then hired litigator Judd Burstein and claimed he had "bombs" that would destroy Ailes and Fox News.

Ailes then turned to Trump, because Burstein had briefly worked for him in the 1990s, and he helped negotiate a deal that essentially paid Lewis millions to go away, Sherman reported.

But Trump -- who was exploring a presidential run and quietly building a campaign team -- learned all the secrets that Lewis had threatened to leak.

If true, that may have given Trump leverage over the executive who runs the top-rated cable news network.

Ailes has publicly defended Kelly against Trump, who complained for months about the anchor's treatment of him and has threatened to boycott Fox News.

But the network has provided a platform for Trump to spout conspiracy theories and walk back whatever outrageous statements he's using to dominate news coverage, and the presumptive Republican nominee was even invited to sit down for a softball interview with Kelly.

That toothless interview drew far fewer viewers than had been expected, which apparently delighted Ailes -- who can't afford to lose Kelly but doesn't want to pay her $25 million when her contract expires after this year.

"According to one Fox insider, Ailes was heard 'snickering' in a meeting (May 19) when the topic of Kelly’s special came up in conversation," Sherman reported.